Jacob Hansen sat down with Arsenal cult hero John Jensen to discuss his colourful career at Highbury, the personalities he played with and against - and how he managed to win over the Gooners support.

“I was sitting, minding my own, trying to focus on the game ahead and Tony Adams hadn't said a word to me up until that point. Suddenly, with a few minutes to kickoff, he came up and yelled in my face, 'Come on, JJ', before he slapped me across the face. You know, a proper slap, the kind that stings. I was flabbergasted, what just happened? But it took my mind off the game and made sure I was on my toes," John 'JJ' Jensen laughs, while reminiscing about his Arsenal debut.

Tribalfootball met up with the Gunners cult-hero in his Copenhagen office to talk about his new autobiography, 'Dén ramte jeg sgu lige i røven'. Naturally this included many a good tale from his four years at Highbury, including the one where he had a squad of Arsenal players mooning him from a bus.

“After winning the FA Cup I walked around the corridors at Wembley with a bottle of champagne, talking to the journalists. Suddenly a policeman tapped me on the should asking, 'Are you Mr. Jensen?' While I had forgotten about time, the team had forgotten about me and left in the players bus," Jensen laughingly recalls about the incident which led to him being escorted by said policeman on his motorbike to catch up with the bus.

“When we pulled up along side the bus, I saw a bunch of 'behinds', a gift from the lads for missing the bus."

John Jensen arrived at Highbury in the summer of 1992 as one of only 12 non-British players to play in the first season of the Premier League. He loved his time at Arsenal. He embraced the lifestyle of living in Britain, and slipped comfortably into a settled squad, who gave him a proper Gunners welcome on his first night in London.

“I'm sitting in my hotel room, when I get a call from Paul Merson, asking whether I fancy a drink in the hotel bar? Who am I am to turn down 'Merse', and he shows up with Nigel Winterburn, Lee Dixon and Alan Smith," Jensen recalls of what turned out to be a little more than a drink.

Never one to shy away from a good party, Jensen soon found himself simply trying to keep up.

“I enjoy a beer, but these guys could drink! We must have had about eight pints, when the bartender announced, 'last call', and then the party simply continued someplace else. And this was the night before my first training session. With George Graham."

John Jensen found himself properly spent with a buzzing head when hitting the sack that night, but all turned out fine, just like his Arsenal career in general did, though they never got the player they initially thought they'd signed. 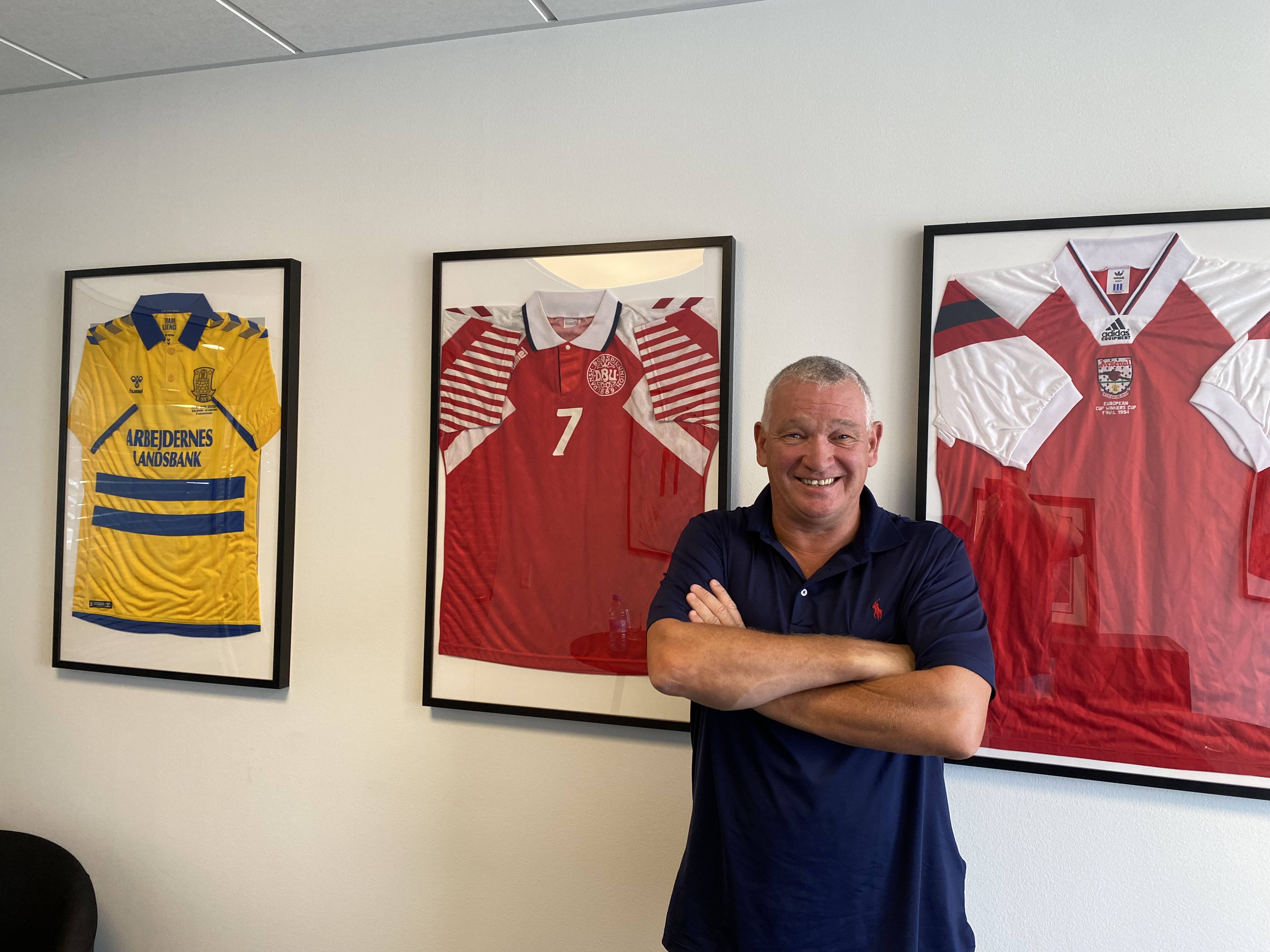 Legendary Gunners defender Steve Bould tells in the book how they were expecting a goal scorer, and Jensen tells Tribalfootball about baffled supporters, hoping for something entirely different.

“They were expecting an elegant goal-scoring midfielder like Liam Brady. Naturally, I wasn't that player, but after about half a season they'd accepted, I brought something entirely different to the table and from then on, we had a fantastic relationship," Jensen recalls with joy.

Entering the newly formed Premier League as one of only 12 foreign players came with big expectations and not everyone embraced “mercenaries" like 'JJ'.

“The first time we played Wimbledon, I was greeted in the corridor by Vinnie Jones, standing in the doorway to their dressing room wearing nothing but the tiniest underpants. As I passed him, he made the gesture of cutting a throat. I almost shat myself, and the first time I went up for a header, he utterly clattered me," Jensen chuckles at the memory of meeting the Crazy Gang for the first time.

Once, playing Blackburn Rovers away from home, Jensen was left bleeding in a ruthless tackle by Tim Sherwood.

“When the reverse match arrived, Tony Adams said, 'I got this', and when the chance arose, he sent Sherwood into the stratosphere. He then leaned in over him and said, 'this one's for JJ, suck it up'. And he did," Jensen remembers respectfully of a bygone era where massive battles didn't necessarily lead to bad blood.

“I had some fantastic tussles against players like David Batty and Roy Keane, but it never got nasty. I especially remember one tackle against Keane where I really thought, I'd taken him out. He simply dusted himself off, said 'f**king great tackle, JJ', and ran on."

Not one to making lists of the best players he has played alongside, there are a few, though, who stand out from his time at Arsenal.

“Tony Adams wasn't the best footballer, but he was a mountain of a man and the best captain I have ever had. He had a sixth sense when it came to knowing when we needed a kick up the back side and could lead his backline like no other. I loved playing with him," says Jensen about "The Skipper".

Two more players deserve a final note, before we leave Jensen to get on with his job.

“Ian Wright is the best finisher I've ever played with; he was second to none in front of the goal. Dennis Bergkamp was also a standout player. He really came of age after I left Arsenal, but seeing what he was capable of in training, you weren't surprised, when he started doing it in the matches. He was something else."

John 'JJ' Jensen's connection to Arsenal remains to this day, as he works for the club as scout, responsible for Europe.