An Asprilla or a Rosenthal? Will Solskjaer & Man Utd take a January transfer gamble?

COMMENT: The money is there. The opportunity also. But does Ole Gunnar Solskjaer take it? Should Manchester United's manager roll the dice and buy this month...?

Going into the trip to Anfield, Solskjaer left the door open. If the right player becomes available. If he can be sure of the impact he'd make. Then Solskjaer would be willing to buy during this January market.

"The signings we made in the summer strengthened the squad really well.. Good signings, good players," stated the Norwegian. "January is more difficult but if something comes up, that's different.

"If there was something out there that was nailed on I wouldn't say no but it's likely nothing is going to happen."

So the door's ajar. He's not desperate. How could he be given United's recent run of form? But if something pops up it will be considered. Which was exactly how Solskjaer approached the market a year ago.

Yes, Bruno Fernandes arrived from Sporting CP. But that was a deal long in the making, "Bruno came in and has had a great impact, made us a better team and he's become a better player as well". It was an operation concluded after months of scouting and personal checks.

But where it gets interesting was the deal for Odion Ighalo. A last minute job. Completed from the other side of the world. And with barely seconds on the clock before the window slammed shut. It was a deal to solve a problem Solskjaer had identified and felt needed a response. The striker from Shanghai wasn't the first name on the list. But that didn't matter. Solskjaer and his higher ups were pro-active in finding a solution to a concern they had at centre-forward. And you just wonder if history will repeat this time around...

For the moment. For the way they're playing... and winning. There's not a lot wrong with this United team. But we know Solskjaer has doubts - both at the back and up front.

We know contact was made with Kieran Trippier in December. Atletico Madrid's former Manchester City right-back identified as the experienced, attacking option he wants as part of his long-term back four. And it was a deal being explored for this month. Only the FA's demands for a betting ban to be imposed forcing United to pull back. That FIFA have now suspended the ruling until an appeal is heard wasn't enough for United. Though they'll be back for an eager Trippier in June.

We also know Moises Caicedo, the Brighton-bound Ecuador international midfielder, was another United made contact with last month. Only the mess and confusion that often comes with South American transfer negotiations as past, present and hoped-for future agents try to get in on the deal, forcing United to step back. 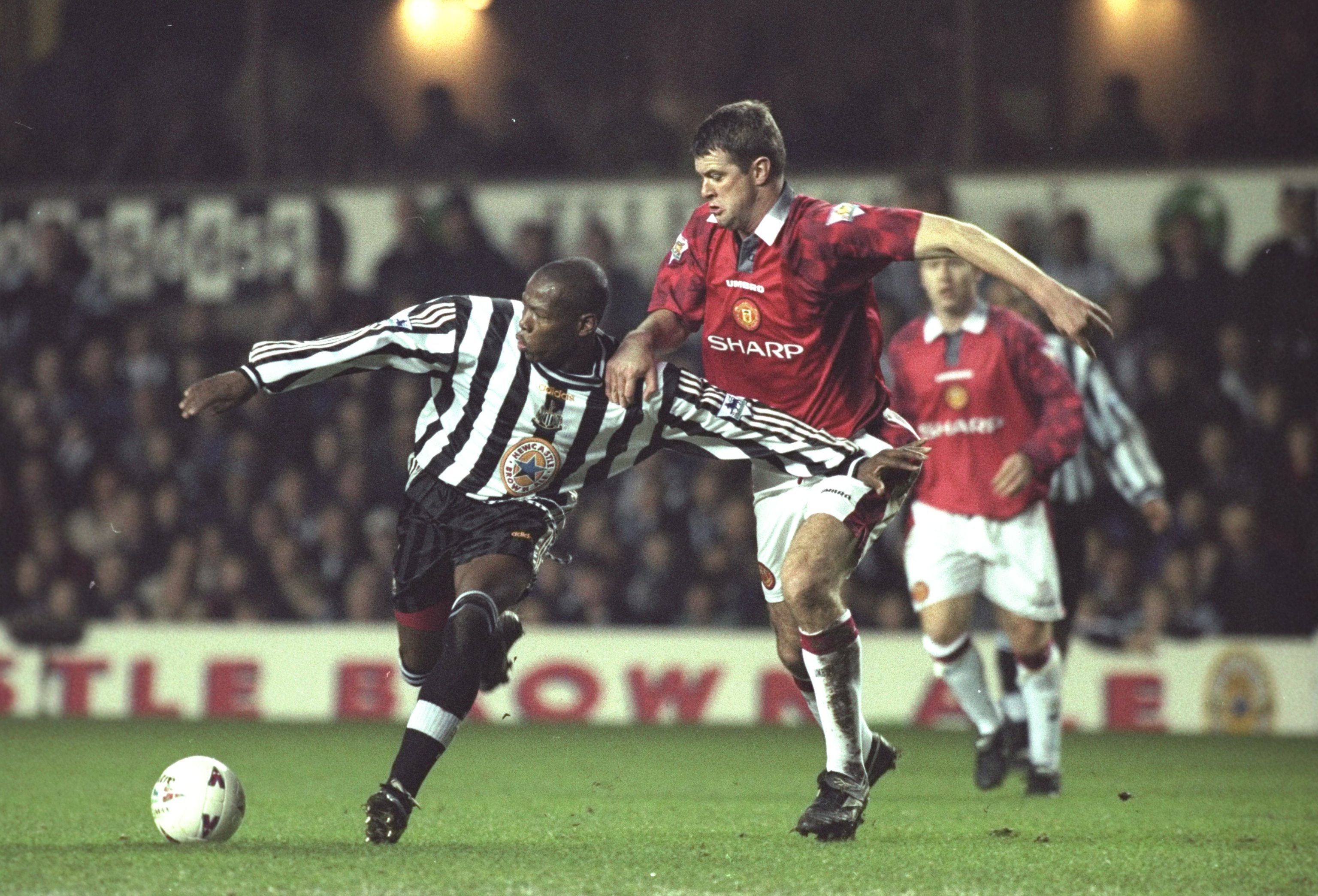 So they're active. Busy. And things are rumbling on behind the scenes.

But if that certain player becomes available, should Solskjaer push it through? Would that particular signing be the one to get his team over the line in this title race? Or could he upset the rhythm which has taken United three points clear at the top of the table?

That's the dilemma facing Solskjaer. United have money to spend and given the state of the game across Europe, there's clubs seeking an opportunity to sell.

Cycle back 25 years and United did indeed benefit from a midseason signing. But it had nothing to do with Sir Alex Ferguson. Kevin Keegan, with his Newcastle United leading the table, was convinced Tino Asprilla would be the player to fire the Toon to title glory.

With Les Ferdinand flying up top. Peter Beardsley and David Ginola playing some of the best football of their careers. Newcastle were perfectly balanced and appeared unstoppable. But then came the Asprilla deal. A need to find a place for the Colombian. And perhaps the greatest title collapse seen in Premier League history. Sir Alex's United would lift the 1995/96 Premier League trophy with four points to spare.

But go back over 30 years and a similar gamble actually paid off. This time it was Kenny Dalglish and his Liverpool. Again, his attack was as good as anything ever seen in the English game. Beardsley, John Barnes, Ian Rush and John Aldridge. But Dalglish wasn't convinced and famously plucked the little known Ronny Rosenthal from Belgian football in March. The Israeli would score seven goals in eight games as the Reds, after a wobble, went onto comfortably win the title by a clear nine points.

And that's the dilemma facing Solskjaer. Does he hold back? Or does he be bold? No-one can doubt the ability of Asprilla. But also, no-one could be sure of Rosenthal taking to the English game as he did.

We know Solskjaer has a concern about his attack. For all the pace and power amongst his options, he still frets about the lack of a good, experienced wide player. One capable of dropping a shoulder, beating his fullback and finding Edi Cavani with a cross. He wants that. He's talked about it. And they've tried to find one. Indeed, they still are...

Callum Hudson-Odoi is the latest to be made aware of United's interest. And it's no sudden thing. Those around the Chelsea winger have been alerted to Solskjaer's interest for a good 18 months. But this will be a deal to be explored in June.

One player who has been offered to Solskjaer - and for this month - is Papu Gomez. Though it must be said, United aren't alone in being contacted by representatives of the Atalanta captain. Outstanding in the Champions League last season, Gomez will leave La Dea before the end of January after a furious row with coach Gian Piero Gasperini.

Played often centrally by Gasperini, Gomez also thrives on a flank and fulfils all the qualities Solskjaer seeks in a wide player. And he'd come cheap, with Atalanta conceding the two parties need to split as soon as they can.

A player to see United over the line in this season's title race? Or one to blow up the dressing room? Whether it's Gomez or another, this is the dilemma confronting Solskjaer and United. Should they roll the dice and buy this month...?