Chelsea midfielder Ziyech: I've never had a coach like Tuchel

Man Utd midfielder Pogba: Fernandes can do everything - except defend!

Chelsea boss Tuchel: Must we buy to close gap on Man City?

Amad Diallo on U23 debut: Why Ole & Man Utd can't afford to leave him at that level

COMMENT: So he's ready, right? Amad Diallo and Manchester United. As he showed on Saturday at Kirkby, this is no project player. Diallo isn't simply ready for the first team - he's a must...

The first of two goals from the teen on his English debut said it all. On 14 minutes he was mentally brighter and physically sharper than the home defender in possession. The ball was just a fraction away, but it was enough. Alive to the opportunity, in swooped Diallo, nicking it away, then after a couple of strides, he sunk Marcelo Pitaluga, Liverpool's much-vaunted Brazilian goalkeeper, with a quick feint and a neat finish. Diallo, in that instant; with that goal, did enough to tell Ole Gunnar Solskjaer, his manager, that he can't be stuck at this level for too long. It's only going to drag him back.

Billy Koumetio is no mug. But he was made to look it on Saturday. Diallo's opener not the only time the Senegalese caught out Liverpool's first teamer during the course of United's 6-3 win. It was a Liverpool which also included Sepp van den Berg and Ben Woodburn. But they couldn't lay a glove on Diallo - though they tried.

It wasn't a dominant performance from the lad from Atalanta. But it was enough. Enough to suggest United and Solskjaer have something on their hands here. Which really shouldn't surprise, given how hard Atalanta fought to keep hold of Diallo for the remainder of the season. Gian Piero Gasperini, La Dea's innovative coach, had told the kid directly 'You'll get games if you stay'. And this was no hollow promise, Gasperini promoting Diallo to fans as the player - no matter his youth - to fill the void Papu Gomez's then imminent move away would create.

"There is an internal solution that could be very interesting, which is Amad Diallo," declared Gasperini, three weeks before Gomez's inevitable departure for Sevilla. "Clearly, Manchester United own him, but he could remain with us for a few more months.

“I really like him, he's only 18, and I'd like him to stay until June, but obviously it depends on his club."

Gomez has left the Oribici as arguably the greatest they've seen this century. That's how highly the coaching staff at Atalanta rate Diallo. Even just for six months - and at just 18 years of age - Gasperini was convinced Diallo could help them in their top four push and a date with Real Madrid in the Champions League round of 16.

Instead, that opportunity is now in the hands of Solskjaer. And he knows what he has. Just a fortnight of training has convinced the manager: Diallo is a talent unique to anything United has on it's books. 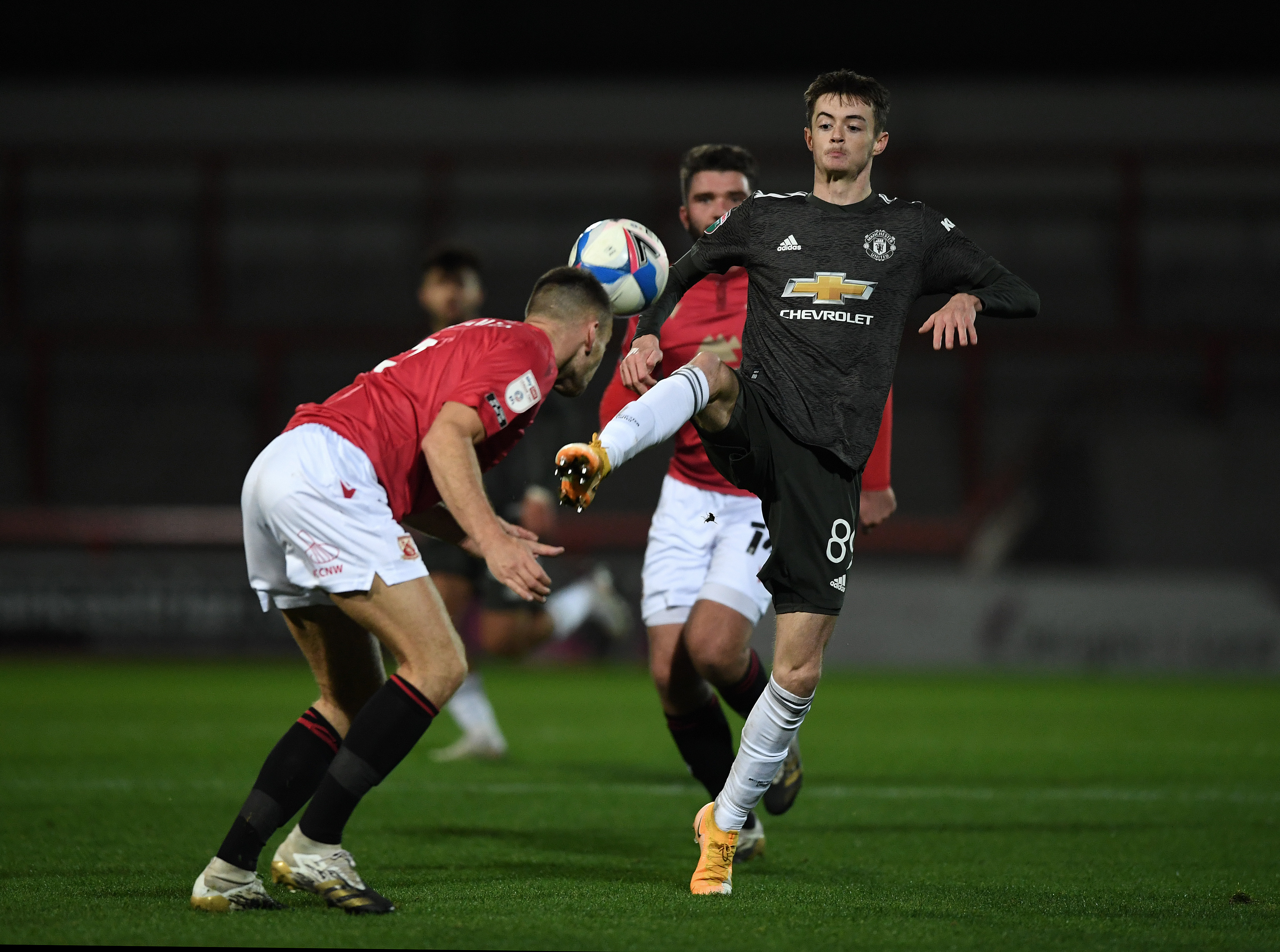 Joe Hugill scored four for United on the day

"That (right winger) is his preferred position," said the Norwegian on the eve of Diallo's U23 introduction. "He is good at finding space, he can go inside and out and he will have time to prove that he is the one (who takes the place).

"We have Mason (Greenwood), Marcus (Rashford), Daniel (James), Juan (Mata) and Paul (Pogba) who have played there, so we have options but I think when you look at the squad and you look at Amad and you think, yes, that's probably where we'll work to get you in."

If the lad was viewed as good enough to step into the breach at Atalanta. To live within this team of wonderful talents like Josip Ilicic, Duvan Zapata and Luis Muriel, then of course, he can do the same at United - and immediately.

There's no reason for Solskjaer to hold him back. Indeed, for the sake of his development and progress, there's more a need to throw Diallo into the senior English game as quickly as he can. The progress he's making, the growth he's showing, it cannot be allowed to stall. Diallo is a senior Manchester United player. And he showed that on Saturday.

To be fair, Solskjaer always knew this. It's why Diallo hasn't spent a second training with Neil Wood's U23s since his arrival. Saturday at Kirkby was the first time Diallo had mixed with several of United's starting XI on the day.

With a couple of different choices, we should be saying the same about Facundo Pellistri. The Uruguayan missed Saturday's game as he and his management team finalise a loan move away. Whether it be to Spain and Alaves, or Belgium and Club Brugge, Pellistri will be playing regular first team football for the remainder of the season. For some on the outside, including this column, the lad from Penarol should already be a first teamer. But the manager's prerogative and circumstances saw opportunities missed.

He was to be introduced against Watford in the Third Round of the FA Cup this month. But decision-making cost him. The need for self-isolation. A wrong call making the bout of coronavirus public all contributing to Pellistri missing his big chance. That the blow-back was barely felt from the "essential" (and throw those air quotes around as wildly and aggressively as you can) jackals in the media, just itching to jump on any young man trying to find a bit fun and respite in this era in the UK, was a welcome surprise. But those inside the club, including Solskjaer, know they caught a break with this one. And it's been made clear to the Uruguayan.

But like Diallo, there's a buzz and excitement about Pellistri from those on the ground at Carrington. It's why there's a confidence about sending him away. The lad needs to play. Like Diallo, he's too good for U23 football.

Ben Thornley, who knows fair bit about hugging the touchline at Old Trafford, backs up what we've been told about Pellistri. The MUTV pundit stating in his column for Tribalfootball.com last week that the absence of a senior debut for the midfielder has nothing to do with talent, simply opportunity.

Pellistri boasts the same potential, but is a different player compared with Diallo. It's why one will go and the other will stay. But both are first team ready.

For Solskjaer, he's already identified where Diallo, this right winger, fits into his system. It's where the teen will be introduced, developed and established. And that introduction is going to come sooner, much sooner, than later.

As he proved on that wet, soggy pitch in Kirkby on Saturday, Diallo isn't simply ready for the first team - he's a must.