COMMENT: They've been maligned. Insulted. Some have even been sacked. But despite all the brickbats, it's been a good week for the scouts and development staff at Manchester United...

For some, in the grand scheme of things, Wednesday's FA Youth Cup final triumph wasn't so important. Though there's 63,000-plus others who would counter that. Indeed, for the Cup and tournament itself, Wednesday was simply confirmation of the best youth competition we have in this game.

The Old Trafford crowd was a stunner. And rightly drew the headlines. But massive crowds for this final have always been a regular thing - including when it was played over two legs. The FA's decision to cut the final back to just the one-off game something this column can't agree with.

But this week wasn't the time for hand wringing. This was a triumph. For traditions. For heritage. For connection. A connection that has now just past it's 60th year. For United, it was an 11th victory, making them the FAYC's most successful. And it was fitting it was achieved against Nottingham Forest. A club, thanks to Brian Clough, synonymous with youth development. That it was Warren Joyce, United's former academy director, who led Forest on the day, only added to the occasion.

This 3-1 win was a triumph for United. For it's scouts - and for it's coaching staff. Alejandro Garnacho, with his two goals, was the star of the show. A player nicked from under the noses of Real Madrid. And for a knockdown €500,000 at that.

That was two years ago. United stepping in to convince the Garnacho family that his career would be better served at Carrington than on the training pitches of Atletico Madrid. Atleti staff, at the time, were disappointed, though not in despair. Garnacho had an excellent reputation. He'd been the nation's top scorer as a junior player. But he was one of a clutch of exciting talents inside Atleti's academy. They could afford to lose him. Borussia Dortmund were in contact. Real Madrid also. Indeed, Real were in advanced negotiations with the Garnacho family before United made their move. That Atleti were prepared to allow the young striker to move across town does suggest they didn't believe they had the next El Nino on their hands.

He was raw when arriving in England. Good ability. Great potential. But as a first team prospect, at 16, he was no certainty. But two years on. Under the guidance of United's coaching staff. That opinion has changed - and dramatically. 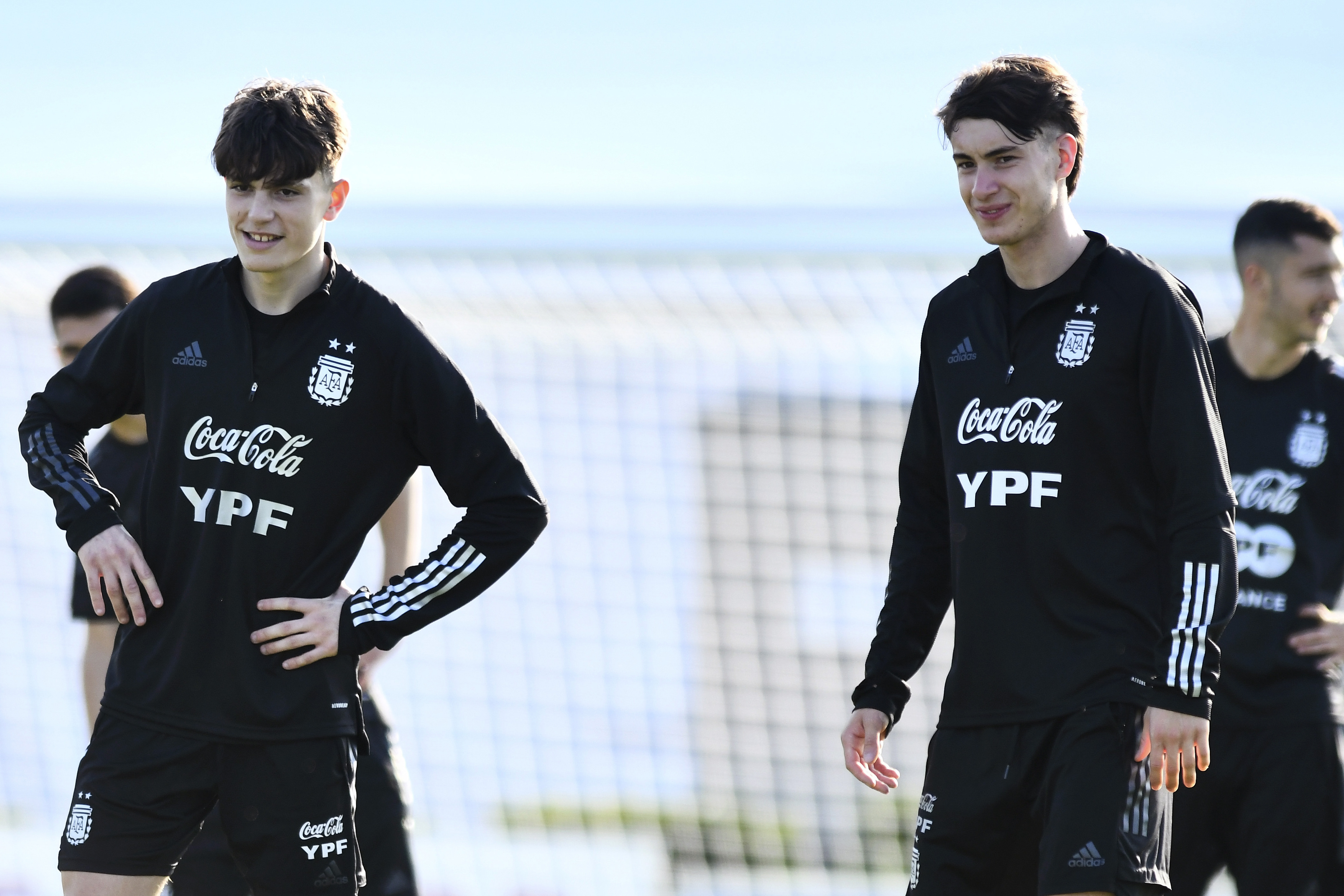 Rather than leave him on his own, Dad Alex, Mum Patricia and younger brother Robert all pulled up sticks to move to England with Alejandro. A decision which has paid off in spades. A slow start to his United career now a distant memory. At 18, Garnacho is now a first team player for Manchester United. And thanks to the influence of Pablo Aimar, he's also a senior member of Argentina's squad.

Aimar was well aware of Garnacho's South American ties through Mum Patricia. The former Valencia star, now U17 Argentina coach, followed Garnacho's progress from Atleti to United, before urging Lionel Scaloni to get him involved in the senior squad.

Garnacho was only too happy to accept the call from Argentina's head coach - much to the fury of the Spanish Federation, "Whoever wants to play for Spain needs to prove it," said one senior source in reaction to Garnacho's defection.

From the U18s to the U23s to the UEFA Youth League, with the support of United's coaches, Garnacho has moved smoothly through the levels these past two years. Indeed, this season, he has managed to score in five different competitions. Working with the staff at Carrington has improved the attacker. And confirmation of that was Scaloni's reaction after seeing Garnacho up close for the first time. From an expanded train-on squad, the teen made the cut for last month's World Cup qualifying dead rubbers. Scaloni believing the potential of Garnacho worthy of such an opportunity.

Wednesday, in front of 63,000 fans, was just the latest chapter of a stellar season for Garnacho. A first pro contract. A first team debut. A call-up to the full Argentina squad. It's all come at a rush for the youngster - and he seems to be taking it all in his stride.

And again, United's off-field staff deserve mention. For the crowd. For the occasion. There was a real demand from the media and the public to hear from United's young heroes after Wednesday. But the lack of comment from the players since the Cup was lifted is glaring. The club's management clearly making sure none of the players spoke in the aftermath - even with the their in-house media. Protecting the likes of Garnacho from an ever growing spotlight an obvious, if undeclared, approach.

Which is why the progress of Garnacho - and how it's been achieved - is worth highlighting. United's staff, from the scouts, to the coaches, and all inbetween, have been hammered in recent months.

But they are getting some things right. And watching Garnacho's two-goal performance on Wednesday, for all those involved, they can reflect on a good week and the culmination - for now - of a good two years' worth of work.