An unfortunate injury to left-back José Gayà has seen Barcelona's rising talent Alejandro Balde earn a call-up to Luis Enrique's Spain squad to replace the Valencia captain for the World Cup in Qatar.

So many special talents have emerged from FC Barcelona's academy over the years and Alejandro Balde, who also goes by the name of Álex Balde, has what it takes to become the next great La Masia alumnus. Still only 19 years of age, the left-back has already earned the respect of Xavi Hernández, one of the greatest players to ever graduate from La Masia. And now he's gone a step further, earning a call-up to Luis Enrique's Spain squad for the 2022 World Cup in Qatar.

Baldé, who was born in Barcelona in 2003 to a father from Guinea-Bissau and a mother from the Dominican Republic, first caught the eye in pre-season this past summer. Barça coach Xavi was full of praise for the youngster in press conferences.

“Balde is part of my plans, as he has had a very good pre-season," he said. “He will provide very good competition for Jordi Alba. He is a very young footballer, for the future, but one who can also help us out now."

Xavi then put those words into action by starting Balde in Barcelona's second match of the new season, the difficult away trip to Real Sociedad. Even though the club's veteran left-back Jordi Alba was fit and available, Xavi placed his faith in Balde to occupy the left-wing-back role in a new-look 3-4-2-1 formation. 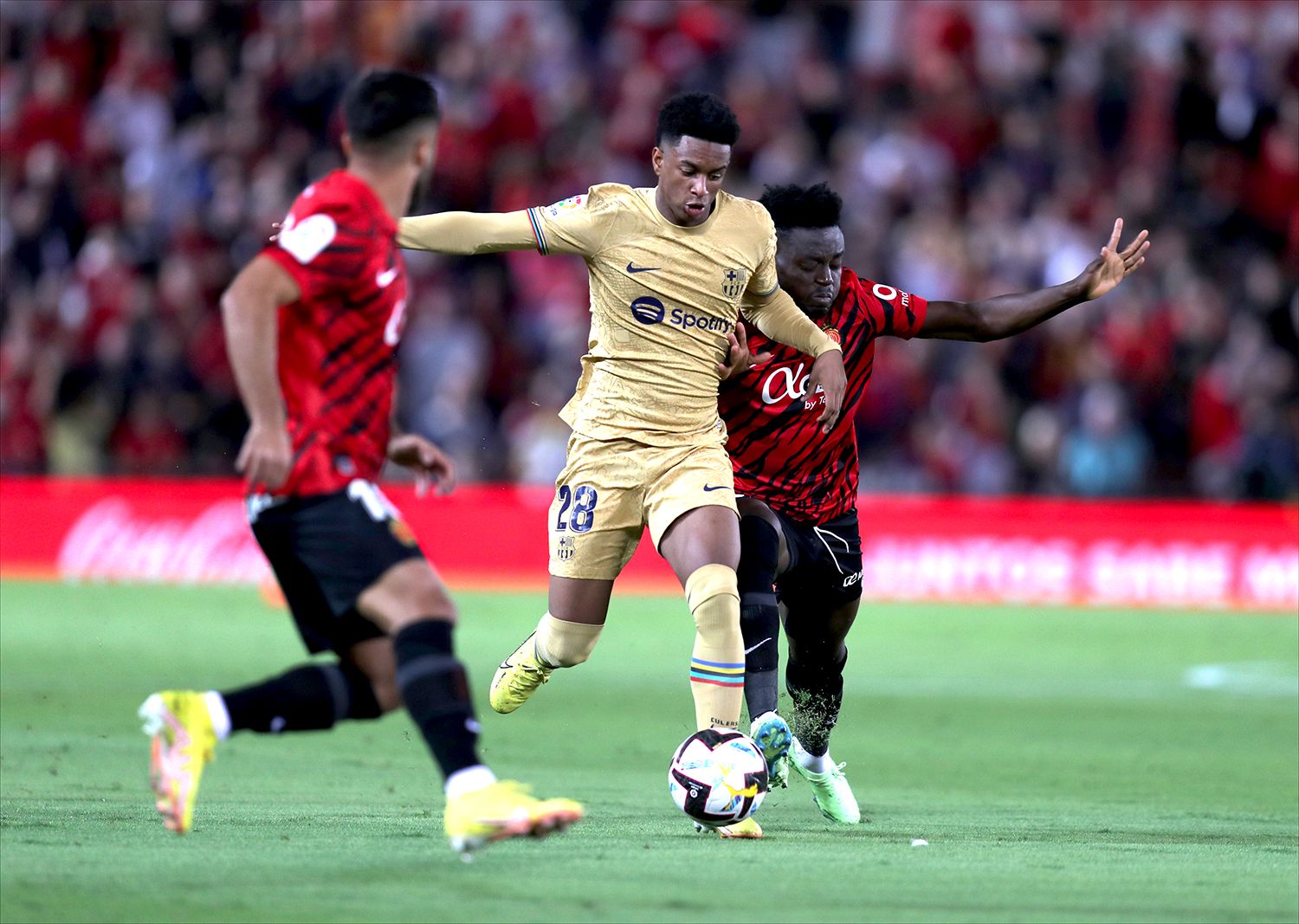 That trust immediately paid off, as Balde burst forward down the left flank inside the opening minute and assisted Robert Lewandowski's first ever LaLiga Santander goal, with the ball rippling the net just 45 seconds after kick-off. The Polish forward then ran to celebrate his historic first goal for Barça with the player who made it possible, a player almost half the striker's age.

With interventions like this, Balde has been able to win over the superstars of the dressing room. He has even earned the respect of Jordi Alba, the player who stands to lose the most minutes from Balde's progression. When the young talent was substituted off for Raphinha against Real Sociedad, Jordi Alba, who was still on the bench at that point, was the first to go over and congratulate the youngster. That says a lot about how highly regarded Balde is among the members of FC Barcelona's first team.

Beyond this World Cup, he'll be hoping for better long-term luck than he had last year. At the start of last season he made his debut and a couple of early appearances under Ronald Koeman, but then suffered the first of a series of injuries. In total, the left-back featured in seven first-team matches last term, impressing enough to earn minutes under Koeman, under Xavi and under interim boss Sergi Barjuán too, but he could have played in many more matches had he not been so unlucky health wise.

The fact that injuries kept Balde sidelined for so much of last season makes it all the more impressive that he was nominated for the 2022 Golden Boy award, the prize given out each year by Italian newspaper Tuttosport to the best Under-21 talent. Balde made the original list of 100 players and then also survived the cut down to just 60 candidates, despite having had limited opportunities to show what he can do.

Now, it seems that Xavi will be giving Balde more chances to showcase his talents in LaLiga Santander matches, with the teenager having thoroughly earned these opportunities. He has already won over all those around him, and is only just getting started. And what better scene to make your mark as a youngster than the World Cup?