COMMENT: If it has to happen, then let it be this season. Sergio Aguero and Manchester City. If they must break up, then there won't be a better chance to do it the right way than these coming months...

So Chelsea have thrown their hat in the ring. Roman Abramovich hoping to get right where they went wrong a decade ago when competing with City for the then Atletico Madrid striker. But Chelsea have already lost a lot of ground in this race - not helped by FIFA laws preventing domestic teams discussing pre-contract terms with local players.

So advantage Barcelona. At least, advantage Joan Laporta, the club's newly elected president - for a second time. In Spain, it's claimed he already has Aguero's commitment to pre-contract terms. Though whether it's exclusive is another matter. Indeed, for his part, Aguero has insisted - publicly - everything is open and in play.

It's one of those little known gems of communication between fans and players - a personal Twitch stream growing in popularity for footballers of all levels of profile. Christian Vieri even runs his own TV channel through the platform. Aguero, like so many of his peers, is also a regular user. And with that presence has come a fervour from fans - including Spanish influencers - around his future.

But for the moment, it's a waiting game, assurances of a February answer long forgotten. However, Aguero sleeps well. He may be a little irked this week (more on that later), but he can't say he's not wanted.

City have made it clear they're ready to extend terms when he is. Laporta has been on the phone about a pre-contract. And now we're learning of Chelsea informing intermediaries they'd be keen to talk at season's end. At 32, some may write Aguero off as a player in decline, but clearly those who are paid to make such judgment calls believe differently.

Where Laporta's move is practical, Chelsea's is bold, imaginative. And both were encouraged this week by Aguero's complaints about teammates after his substitution in victory over Champions League opponents Borussia Monchengladbach. 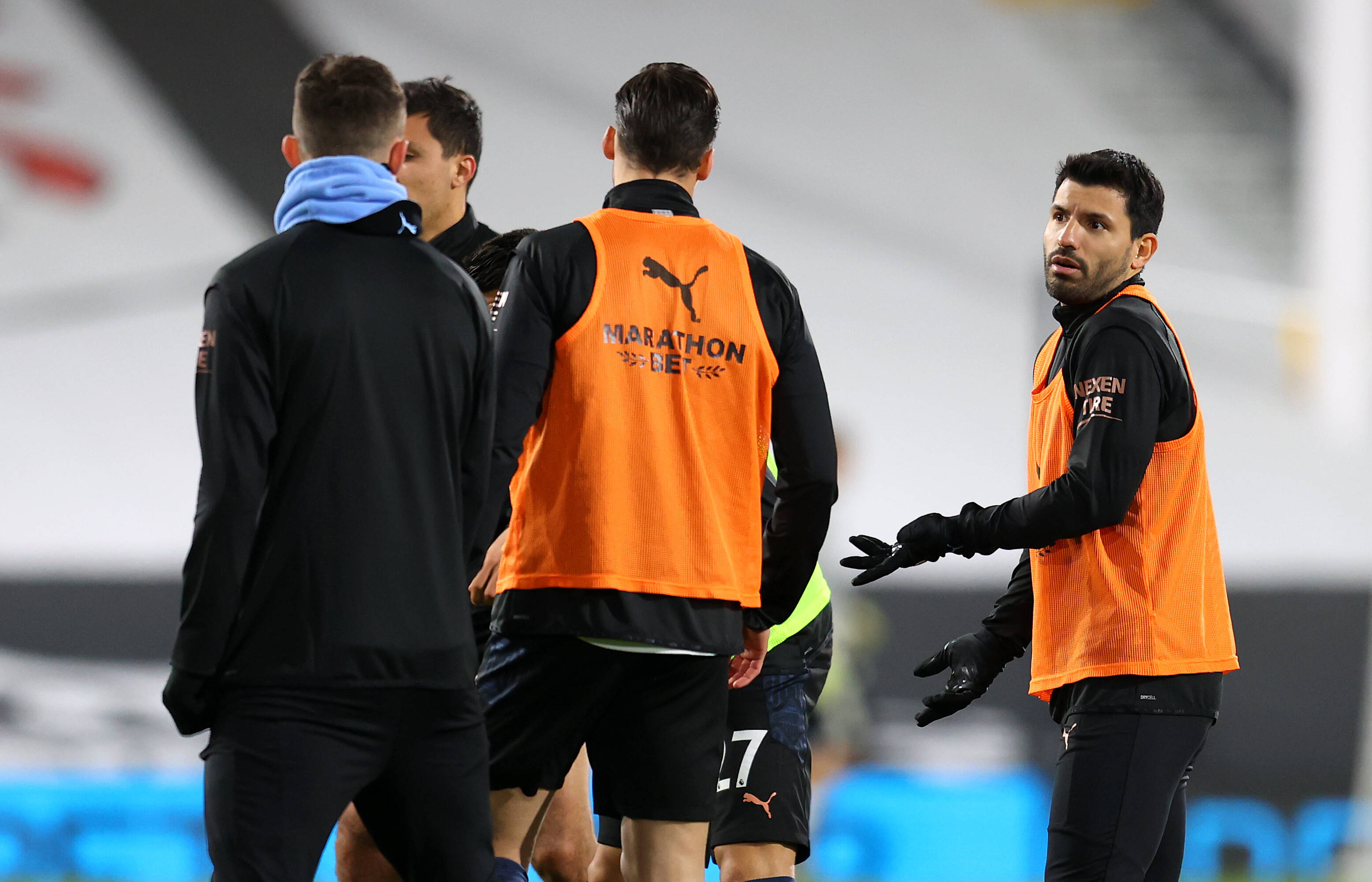 Aguero at odds with City teammates?

"No me pasan la pelota," Aguero, caught on a hot mic, declared to Xabi Mancisidor, City's Spanish goalkeeping coach. Plenty has since been made of "they don't pass me the ball" and while talk of a rift or frustration with teammates can be overblown, it was said by Aguero and does hint of a frustration over his status within Pep Guardiola's squad.

City's manager didn't help matters with comments last week. It was if Guardiola was preparing Aguero for a departure.

"We are going to talk to him (Aguero) as a human being, as a person and, of course, as a player," Guardiola said, having previously stated an answer on his contract was expected last month. "We will have to see what happens at the end of the season.

"I think the club has spoken with his agent and they know the situation."

That contact with Aguero's representatives has been positive. As this column has learned, nothing is off the table. Indeed, one source telling us if Aguero wants to stay, City will make it happen.

But for the player, nothing is settled. And the tenor of Guardiola's claims did take his camp aback. Contact with City's top brass has been upbeat. The belief on Aguero's side being he will have final choice. "He's earned it", as has been relayed. Given his manager's utterances going into the Gladbach game, you can understand Aguero's fit of pique at the end.

Watching on has been Laporta. Who will count on Lionel Messi as an ally in this pursuit. Not just to convince Aguero, but also to placate Ronald Koeman, his newly-inherited coach. The Dutchman would prefer another Bosman prospect, Memphis Depay, and spoke with the Lyon striker earlier this week.

But Laporta wants Aguero. His free agency status suits the club's limited transfer budget. His friendship with Argentina teammate Messi also assisting the new president in his bid to convince Barca's captain to ink new terms. The City ace ticks several boxes for Laporta - whose first actions regarding the transfer market was to call Aguero directly barely hours after he'd won election. Back for a second time, Laporta pledged to members he'd convince Messi to stay and a key to those plans will be the commitment of Aguero.

For the president, it's an easy sell. Playing and training alongside Messi is an obvious attraction. But Aguero would also arrive at La Masia as Barca's prime striker. The Catalans have suffered since pushing Luis Suarez into the arms of Atletico Madrid, which led Koeman to complain publicly about broken promises from the previous regime of buying a replacement. Laporta is selling that situation to Aguero and it's something difficult to resist.

But Chelsea do believe they're a realistic option. The sense being Aguero is reluctant to leave England at this stage in his career. To be fair, the claims have come from English media sources, but Chelsea will make an attempt to keep City's greatest striker in the Premier League next season.

As Aguero intimated to his 1m Twitch followers, everything is in play - including a new deal with City. But if they are to split, there's few better ways than running down four trophies in their final season together.

It'd be reminiscent of Vincent Kompany's Treble winning send off three years ago, something even Guardiola was happy to raise last month, "I'm so optimistic that he (Aguero) will give us the last months, from February or March, and he'll help us in the decisive moments and make the difference.

If Aguero must leave City after ten years of service, he couldn't select a better season to do it.