There are so many reasons to tune in to Saturday's duel between the clubs from San Sebastián and Bilbao, such as the battle for a top-four finish, the duel on the bench Alguacil-Valverde, or the historic mark that Muniain is about to beat.

Local pride is at stake in the north of Spain on Saturday when Real Sociedad welcome neighbours Athletic Club in the Basque Derby. The two sides dominated Spanish football in the 1980s, sharing four LaLiga Santander titles between them, and in recent years the rivalry has been taken up an extra notch thanks to the two teams' resurgences. As well as local bragging rights being up for grabs, this weekend's match is crucial to both sides' hopes of finishing in the top four come the end of the season, while it is also set to be an extra special occasion for Athletic captain Iker Muniain.

The battle for a top-four finish

Real Sociedad and Athletic Club are both having hugely impressive seasons and are on the path towards finishing in the top four in LaLiga Santander and returning to the Champions League for the first time since 2013 and 2014 respectively. Victory in the Basque Derby could be crucial to both sides' ambitions. A win for Real Sociedad, in third place, would cement their bid to return to Europe's elite and leave Athletic with plenty of catching up to do. But, a win on enemy territory for Los Leones would represent a huge boost in points and morale in their bid to climb above Atlético de Madrid and fight off fellow contenders Real Betis, Villarreal CF, Rayo Vallecano and CA Osasuna.

The intrigue of Imanol Alguacil vs Ernesto Valverde

The Basque Derby will be a fascinating battle in the dugout between two coaches who have their respective clubs' blood running through their veins. Imanol Alguacil spent 10 years at Real Sociedad as a player and his entire coaching career has been with El Txuri-Urdin. If you want to see how passionate he is for his local team, just take how he celebrated their Copa del Rey triumph over Athletic in 2021, chanting Real Sociedad songs in his press conference while waving a blue and white scarf. Ernesto Valverde, meanwhile, played for Athletic for six seasons and began his coaching career with the club's youth set-up before having three separate stints in charge of the first team. The match will also be a clash of styles: Imanol's buccaneering approach to play is non-negotiable while Valverde has always been more of a pragmatist, tailoring his team's style to the players at his disposal. 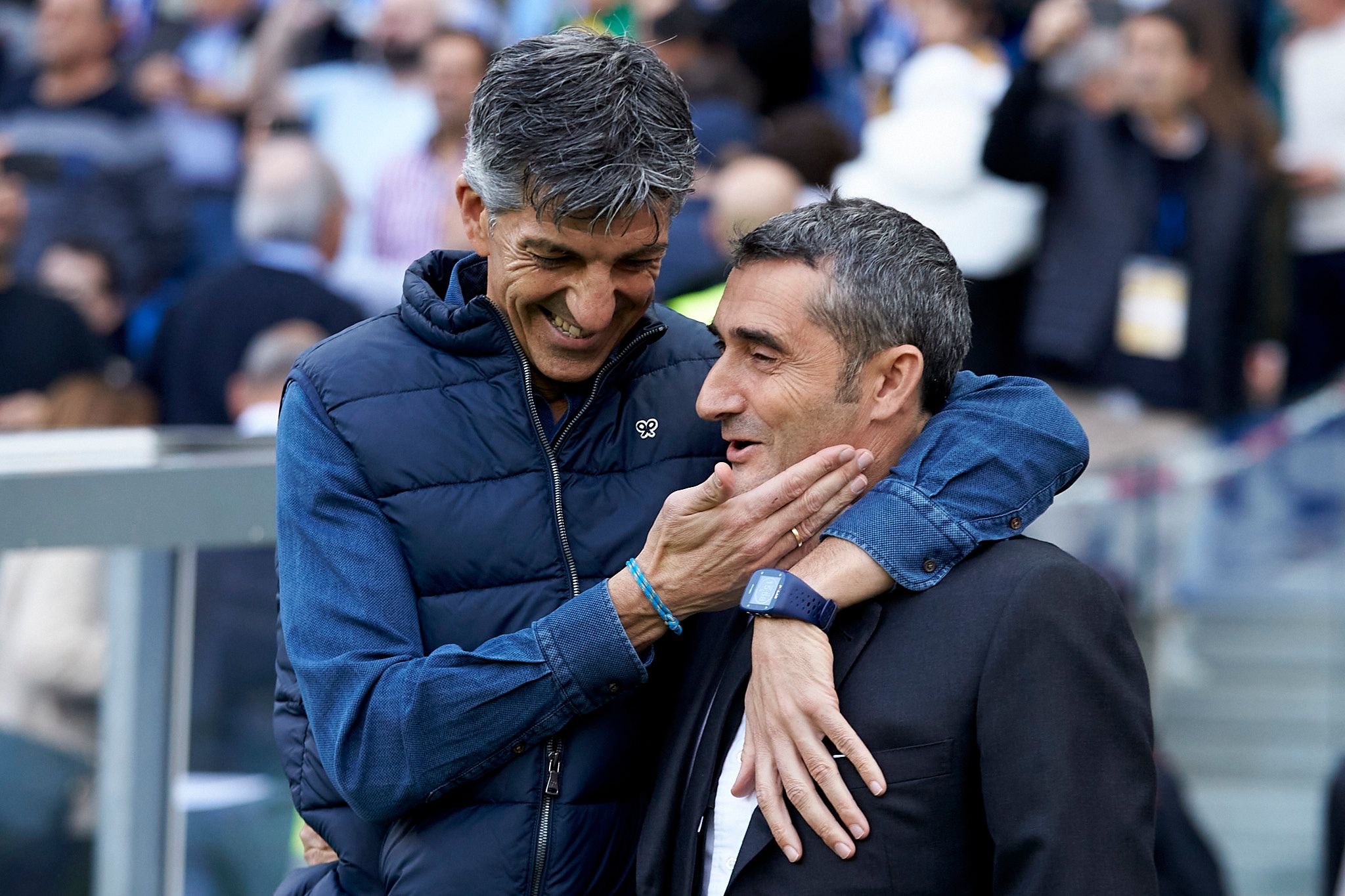 Athletic Club's attempt to beat their away day blues

Athletic Club may be having their best season in nine years but their away form has left plenty of room for improvement. Valverde's side have failed to win any of their last five away trips in LaLiga Santander, last tasting victory on the road when they beat Elche CF 4-1 on September 11th. They have also struggled for success on Real Sociedad's turf, last winning there in March 2017. Winning at the Reale Arena would be a huge statement of intent.

When it comes to legends of Athletic Club, they don't come much bigger than Joseba Etxeberria, who spent 15 years at the club and did not wish to be paid a salary in his final season there. He made 514 appearances for the Bilbao-based team and is the player with the third highest appearances for the club. But, not for long. Iker Muniain could surpass Etxeberria in the Basque Derby and move on to the podium for the club's longest-serving players on 515 matches and counting, only trailing 'Txetxu' Rojo (541) and José Ángel Iribar (614). It is sure to be an emotional moment for Muniain, who idolised Etxeberria when he was growing up and shared a dressing room with him in his first full season with the club, the veteran's last.

A competitive yet good-natured atmosphere

The Basque Derby is usually a fiercely competitive and intense contest, but, unlike many other rivalries, the match is usually played amid a fraternal atmosphere. Whether the fixture is in Bilbao or San Sebastián, it is common to see friends, partners and family sitting together wearing opposing shirts, willing their team on to win while always treating each other fairly. This does not mean that the match matters any less, but there is a clear feeling shared by both sides that the best way to showcase their local pride is by showing each other respect.