Capello baffled by Koulibaly Chelsea form: He is not himself

Arsenal agreement with adidas dubbed among most lucrative in Prem

Thomas Tuchel and Antonio Conte clashed both on the touchline and on the tactics board. Jurgen Klopp blew his Liverpool team selection. And Erik ten Hag is realising the Premier League isn't the Eredivisie. Here's five lessons we learned from the past Premier League weekend...

Jurgen Klopp's team selection reflected the improvements his substitutes made in the 2-2 draw with Fulham, but ultimately it proved a mistake to play 36-year-old James Milner in the left-hand box-to-box midfield role against such a strong transitional team as Crystal Palace. Patrick Vieira's side were instructed to sit deeper than usual before looking to pinch the ball in their own half and counter-attack quickly through Wilfried Zaha – and Milner could not cope.

Unsurprisingly, Milner was caught out often, lacking the recovery pace to deal with such speedy transitions from the visitors; Jordan Ayew was very impressive linking with Zaha, while the goal – when Milner had moved over to the right – resulted from a lack of cover after the turnover. Fabinho was beaten in the dribble by Eberichi Eze to open up the pitch for a through ball to Zaha. 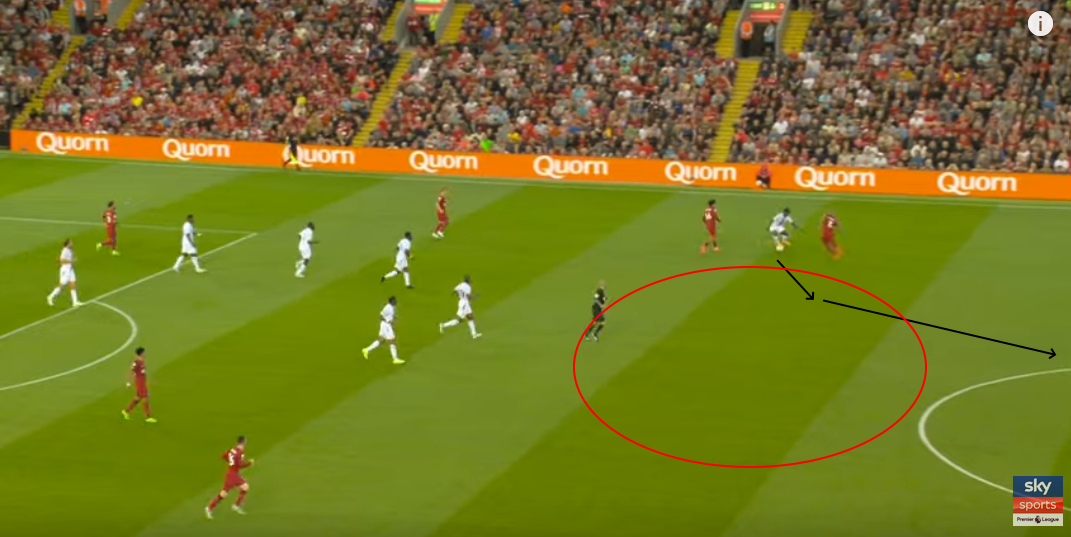 However, just as important to Palace's success was the way Zaha consistently moved over to Nat Phillips' side, where he was able to bully the Liverpool centre-back. Klopp made two key errors in his team selection, and although one was avoidable (Joe Gomez should have started) the use of Milner proves Klopp needs to sign a new midfielder this window.

Firstly, Mason Mount flitted between a left central midfield role and a number ten position, creating fluidity with the Chelsea front two and seeing the England international pop up unseen in a variety of attacking positions. And second, Tuchel had Ruben Loftus-Cheek tuck into midfield from right wing-back with Reece James becoming an overlapping centre-back, which gave Chelsea a box-shape four-man midfield to overwhelm Tottenham's two.

It was that overload of bodies centrally that allowed Chelsea to press aggressively and quickly pen Spurs into their own half, leaving Conte's shape a defensive 5-4-1 in which Heung-Min Son was too deep to move the visitors up the pitch or get Harry Kane into the game.

Conte reacted in the second half by bringing on Richarlison and moving to a very attacking 4-2-4 formation with the Brazilian causing havoc playing next to Kane. Tottenham went a lot more direct up to these two and managed to push Chelsea back, in turn bringing Son and Dejan Kulusevski into the game more.

But even after this, it was Tuchel whose tactical brain came out on top. As Conte noted in his post-match press conference, the 4-2-4 is a new plan B but a flawed one defensively; his team needs more time to work out how to cover the wide spaces when the wingers are high alongside the front two. Spotting the weakness in front of these full-backs, Tuchel moved James into the right wing-back position.

That allowed him to stay high a lot more, running directly into those open spaces and at Ben Davies. Sure enough, he was found in the box by Raheem Sterling to score the equaliser, and later he beat Davies in the dribble to give Kai Havertz an easy chance to make it 3-1. The miss would prove costly. 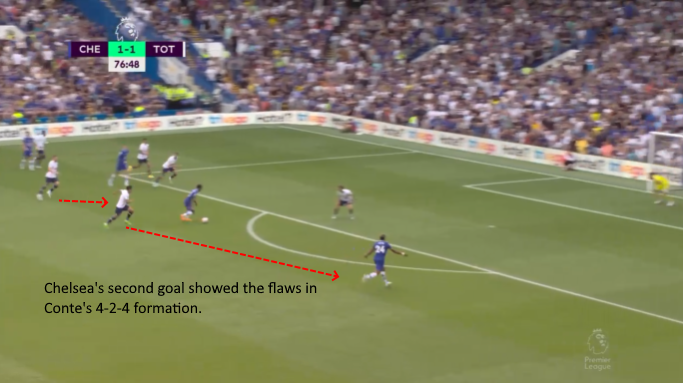 The problems that have dragged Manchester United into such a disastrous position are not the fault of Erik ten Hag, of course, yet he does take some of the blame for his tactical decisions in the 4-0 defeat to Brentford. There were always some worries he might not be experienced enough at the highest level to appreciate the physicality and intensity of the Premier League, or how the unique style of the division will require adaptations to his Ajax philosophy. Those concerns were proven legitimate here.

The main error was playing Christian Eriksen as the deepest midfielder. The Denmark international has never had the strength or agility to cope in this position and certainly not against such a bullish, aggressive Brentford team. He was pushed around far too often. Ten Hag was also mistaken to play Lisandro Martinez in a high line system against Bryan Mbeumo and Ivan Toney, and the Man Utd manager should not have been surprised to see Martinez repeatedly isolated – then beaten in the air – by the Brentford pair.

Ten Hag has a lot to learn, and seemingly almost no time in which to adapt to the English game.

It was typical disorganisation that let Everton down at Villa Park. Frank Lampard continues to misunderstand some of the basics of modern football, such as how to compress space between the lines in order not to leave the central midfielders overly exposed. If that wasn't bad enough, he also tends to only play with two in the middle – and rarely are they strong defensively.

Abdoulaye Doucoure and Alex Iwobi started this one, although an injury to the former meant Tom Davies partnered Iwobi for most of the match. For long periods they were supported reasonably well by very narrow wingers in Lampard's 5-4-1, with Steven Gerrard's diamond 4-4-2 proving too narrow, but in key moments Everton looked stretched through the middle.

A tackle on Demarai Gray left John McGinn with acres of space in the middle to pick out a pass to Ollie Watkins, leading to Aston Villa's first goal. Then Amadou Onana, another substitute, was tackled by Leon Bailey and Emiliano Buendia was able to dribble right through the middle of the park to score the winner. 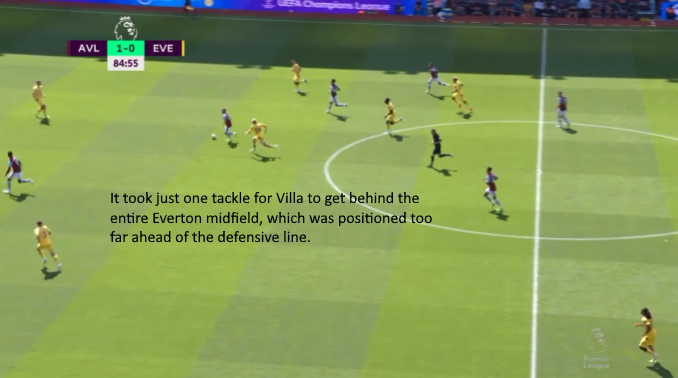