Manchester City ultimately ran out comfortable winners at the Etihad thanks to the individual errors of the Manchester United defence, compounded by a diabolical lack of effort as their system collapsed in the second half. The toxic environment inside the dressing room is making it almost impossible for Ralf Rangnick's ideas to hold for a full 90 minutes.

And yet at first his idea for this game looked right. United lined up in a surprise 4-2-4 in which Paul Pogba and Bruno Fernandes played as dual false nines, seemingly in an attempt to replicate – between them – what Harry Kane did for Tottenham Hotspur in their 3-2 win at City. Pogba and Fernandes both dropped into the ten space around Rodri, who is often left alone here, so they could get on the ball in the attacking transition and begin the counter-attacks.

The idea was to get Jadon Sancho and Anthony Elanga in behind – and it worked for a while, leading to several good chances up until they scored an equaliser through good work from Pogba to release Sancho. However, City, as they so often do, adapted to the game and soon managed to grind United down into a deeper formation that limited space for the two false nines.

Bernardo Silva dropped a little deeper to help out, before some dreadful defending gifted City the lead. 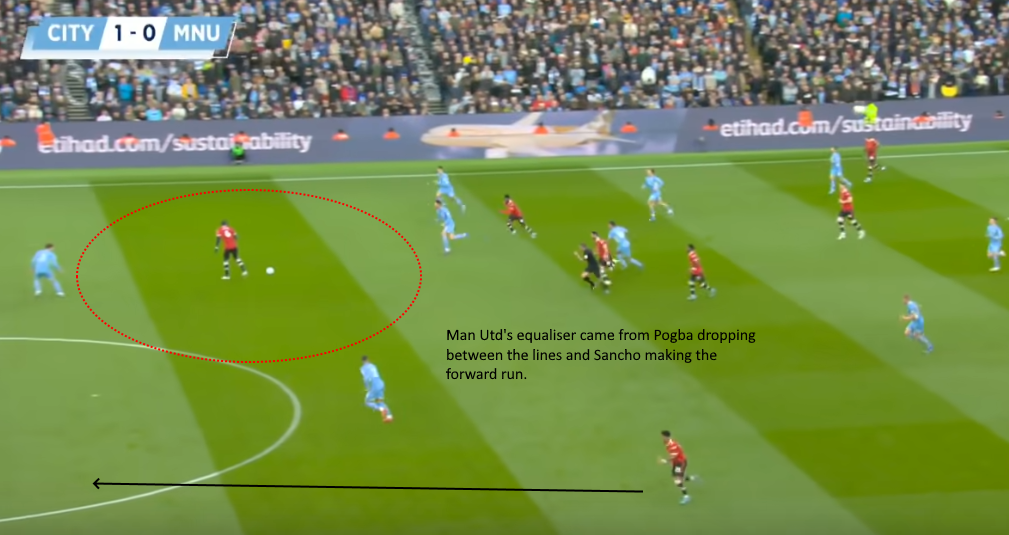 There has been a lot of talk recently of Brentford sleepwalking towards relegation after a long sequence of defeats, but throughout this run Thomas Frank's side have not often been far away; they were not collapsing in games, but simply lacked any creativity or assertiveness in the final third.

It should not come as a surprise then that the return of Ivan Toney and introduction of Christian Eriksen has relaunched their season. Eriksen was very assured on his full debut, controlling central midfield and playing clever forward passes that fed Toney and his strike partner Bryan Mbeumo. Toney's hat-trick was proof he is the most important player in the team, making the right runs to give Brentford options in the final third and – as usual – finishing ruthlessly.

There are, of course, bigger tasks ahead. Norwich City were once again completely toothless, rolling over under the pressure of a more aggressive team. Brentford should survive now, but one thing is for sure: they will finish above Dean Smith's side.

Aston Villa looked back to their best in the last two games chiefly because they have been allowed to hold less of the ball. Steven Gerrard would prefer to play with more possession but the statistics so far show Villa are far better when forced to sit deeper, stay compact, and attack quickly on the break; they have won 19 points from 10 matches under Gerrard in which they have held less than 50% and one point from the four in which they have held more than 50%.

Equally important in their 4-0 win over Southampton was a move to a diamond 4-4-2 formation, in which Danny Ings and Ollie Watkins stayed close together up front and Philippe Coutinho enjoyed a free role as a ten. In recent games under Gerrard the lack of pace in their dual tens Coutinho and Emiliano Buendia has seen Villa get stuck in their own half, unable to break quickly, and the switch to playing with two strikers on the shoulder made a huge difference – most tellingly when Ings and Watkins combined for the opener.

The main problem with a diamond 4-4-2 tends to be giving up far too much room out wide, but Gerrard had a clear plan to prevent this. On the left, Ashley Young sprinted out to play more like a wing-back, shutting down that side, while on the other side Villa used the energy of John McGinn to get out quickly to support Matty Cash. 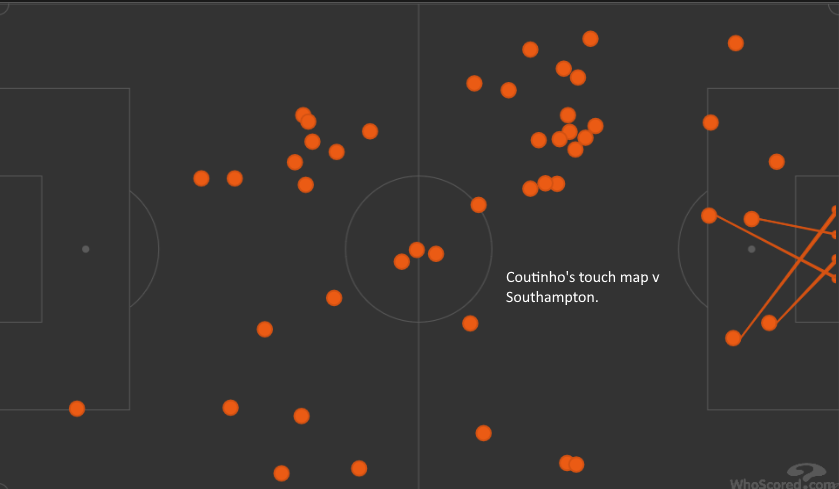 Leeds United were unfortunate to lose 1-0 in the lunch-time game on Saturday, but in the end Brendan Rodgers won the tactical battle with an important substitution in the second half. Without James Maddison on the pitch, for much of the game Leicester could not find passing lanes in between the lines; Rodgers initial selection suggested he did not expect Leeds to be open.

That is fair enough. Jesse Marsch was expected to make big changes, meaning the chaos of the Marcelo Bielsa era – with its man-to-man pressing system – would disappear, leading to far fewer gaps through midfield. And yet this was the same old Leeds. It will take a long time for Marsch to deprogram the team and get them pressing in a more normal manner.

Rodgers deserves a lot of credit for substituting Jamie Vardy for Kelechi Iheanacho, who prefers to drop off the front line. Suddenly those progressive passes were open, and within four minutes it was a one-two played off Iheanacho in one of these pockets that led to Harvey Barnes's winner.

Chelsea's difficult winter has been blamed on many things. Some have wondered whether Thomas Tuchel just wasn't as good a tactician as we thought, or that he lacked a plan B when the 3-4-2-1 wasn't working. Others decided Romelu Lukaku's disappointing campaign was holding them back. But the real reason was far simpler: Tuchel missed both of his first-choice wing-backs, and their 4-0 win on Saturday was proof these are the most important positions in his system.

A 3-4-2-1 relies on the wing-backs to provide all of the width. Without good penetrative players, the system falls apart because it becomes too easy for the opponent to remain narrow, block the two inside forwards, and create low-scoring games. In Chelsea's case this in turn means the system loses its depth, since the game falls into a pattern of territorial dominance without penetration.

Reece James was exceptional at Burnley, scoring once and assisting another in a dominant display at Turf Moor. If he stays fit for the rest of the season, Tuchel can win yet more silverware.