Manchester City went five points clear at the top of the Premier League table on Sunday with an emphatic win at Anfield that all-but ends this season's title race. With the bottom three all seemingly cut adrift, that doesn't leave very much left to be decided.

Fortunately the race for Europe has never been tighter, and after some big results this weekend – most notably Aston Villa's 1-0 victory over Arsenal – it looks as though an outsider could snatch a top-four spot in May.

In the first half at Anfield Pep Guardiola's 4-3-3 generally looked more like a 3-2-3-2 as Joao Cancelo went alongside Rodri in midfield and Phil Foden dropped as a false nine. The idea was to clog central midfield with bodies to draw Liverpool infield, and then to make use of the space created out wide. John Stones and Oleksandr Zinchenko were unusually wide in the back three, helping to pass into the wings, while Man City made use of sweeping long diagonals.

However, the game hinged on Guardiola changing the system to a 4-4-2, and although again Cancelo's movement meant they were rarely in that formation, the switch had a big impact. Ilkay Gundogan went deeper than in the first half, which meant he saw more of the ball and began to dictate play, while Bernardo Silva joined Foden to make dual false nines.

Fabinho and Jordan Henderson struggled with this, with the Brazilian in particular finding himself pulled out of position, in turn leaving gaps for Raheem Sterling and the advancing Bernardo Silva. Liverpool had no idea how to cover the space between their defence and midfield, an area Man City had now swarmed with bodies, and they were quickly overwhelmed.

It was interplay between Gundogan, Silva, and Sterling from their new positions that dragged Liverpool's back four out of shape and led to City's first goal.

2) Chelsea spot Werner's runs – a route out of stale possession

For the most part, Chelsea's 2-1 win at Sheffield United was similar to every Thomas Tuchel game so far; a solid structure and disciplined positioning in a 3-4-2-1, with a focus on low-tempo possession that left the team a little flat. Clearly Tuchel has decided to prioritise laying a foundation that improves Chelsea's defensive transitions - not unlike how Pep Guardiola has dealt with pandemic football – and yet that has left them unable to attack with much menace.

However, throughout the last month or so Timo Werner has been making clever runs on the shoulder of the last defender, it's just the Chelsea players haven't really noticed. This happened again against Sheffield United for the first half, that is until Werner was released in behind to assist Mason Mount's opener. In the second half, he again was set away, earning the match-winning penalty.

Werner spoke after the game about how he is now playing in his favourite position, in the inside left position (whereas Frank Lampard played him out on the left wing). Those two assist ought to be the catalyst to improved performances, although for that to happen Werner needs his team-mates to start spotting his runs more frequently.

Everton's diamond 4-4-2 didn't work at all in the first half against Manchester United. They couldn't find passes out from the back, such was the narrowness of the midfield, and so United were able to pen them back in their own half. With the split strikers isolated, making runs on the outside of the United centre-backs but with no Everton player capable of finding them, Carlo Ancelotti was lucky to only be two goals down at half-time.

Within seven minutes of the restart they were level, thanks to Ancelotti switching to a 4-4-1-1 formation with Abdoulaye Doucoure on the right and Richarlison on the left. Everton were suddenly far more balanced, with an out-ball opening on both flanks, and that meant they could launch counter-attacks and move themselves up the pitch – chiefly by hitting long balls into the channels as they had originally intended.

What's more, by freeing Doucoure from the diamond shape he was able to bomb forward with more regularity, and indeed his attacking movement in this regard played a key role in the first two Everton goals. It was excellent in-game management from Ancelotti, and while United regained control later in the game the Toffees deserved a point for their tactical tweaking. 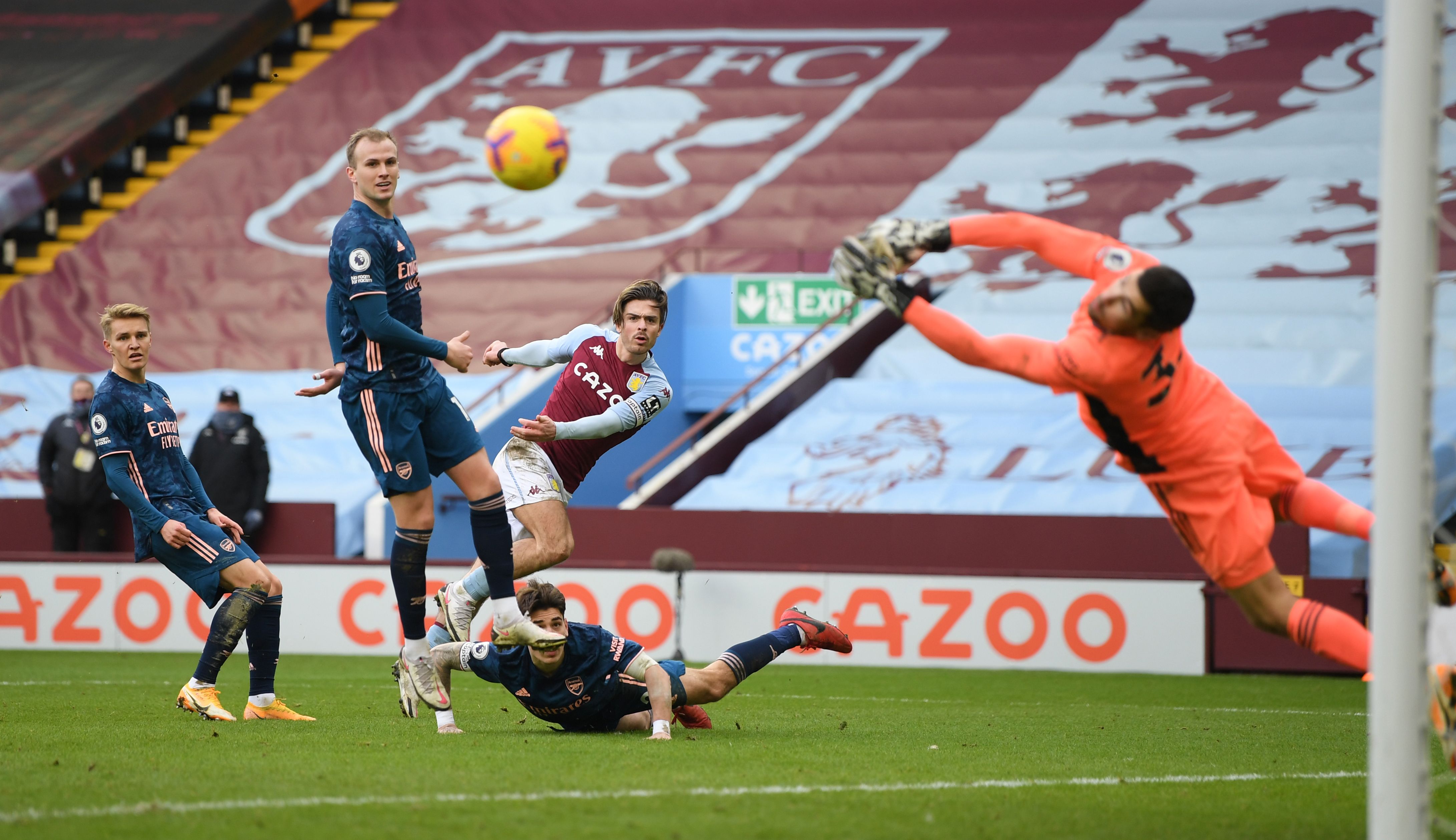 4) Villa wingers double up and track back to beat Arsenal

There are many reasons why Aston Villa's season is going from strength to strength, and broadly speaking it is because Dean Smith is constantly learning, growing, and adapting. Keen viewers will have noticed that following Villa's late concessions to West Ham in midweek, caused by an exhausted Bertrand Traore being unable to track back, Traore was substituted in the 65th minute against Arsenal for the hard-working Trezeguet.

But that wasn't the most important advancement in how Smith is deploying his wingers. Jack Grealish's free role from the left has progressed to the point he is occasionally coming all the way over to the right wing and doubling up with Traore, creating a highly unusual formation, while Traore often dips right into central attacking midfield whenever Villa are attacking down the left. These crossovers regularly confused Arsenal.

Defensively, Traore and Grealish could be found hurtling back towards their own goal and tracking Arsenal's under-lapping runs. Here, again, is progress for Villa; often Smith's side have been too adventurous on the ball, and the manager has partially solved this issue by instructing his front three to defend in a man-to-man tracking system. It is riskier than most clubs' models, but with players working incredibly hard for the team it is proving highly successful.

Sam Allardyce has tried out various formations over the last month to try and kick-start his West Brom tenure. None of them have stuck so far, although despite a 2-0 defeat at Tottenham on Sunday it is possible the latest – a 4-5-1 with two number eights – has legs.

Conor Gallagher and debutant Ainsley Maitland-Niles worked together in central midfield, aiming to get forward simultaneously in support of the striker Mbaye Diagne's knock downs. Previously Matheus Pereira played as a number ten in a 4-4-1-1, with Allardyce hoping to Brazilian would pick up second balls much in the way Jay-Jay Okocha did behind Kevin Davies all those years ago.

Spurs weren't troubled, but future opponents may find it harder to contain Gallagher and Maitland-Niles, arguably the two most intelligent players in the West Brom squad.