1) Solskjaer proves he must adandon 'United Way' to keep job

After spending his entire tenure harking back to Manchester United's glorious past, it is time Ole Gunnar Solskjaer severs ties with the adventurous attacking football he believes to have defined the Sir Alex Ferguson era. That line was always a little dodgy anyway – football in 2021 is completely different tactically from the Fergie era – but a 3-0 win over Tottenham Hotspur was final confirmation he must play to his own strengths to keep his job.

United have spent the season looking to play expressively but without the necessary coaching expertise to do it properly, hence the awful haphazard pressing we saw in their 5-0 defeat to Liverpool. By contrast, on Saturday Solskjaer reinstating the deep defensive line, non-confrontational, and quick counter-attacking approach.

In a 3-5-2 that provided an extra body to a shaky defence and a partner to the immobile Cristiano Ronaldo, United were far more coherent. To be blunt, this is because sitting deep and shuffling across in compressed lines – not daring to leave the base positions – is the easiest thing to coach and all Solskjaer is capable of. What's more, he has the talented attackers to win the 'moments' after forcing a dull game of football like this one.

This has to be the way forward, no matter the opponent. Forget the direct attacks in waves of the Ferguson era. The new 'United Way' needs to be this conservative tactical system, or else the cycle of boom and bust under Solskaer will repeat itself for eternity. 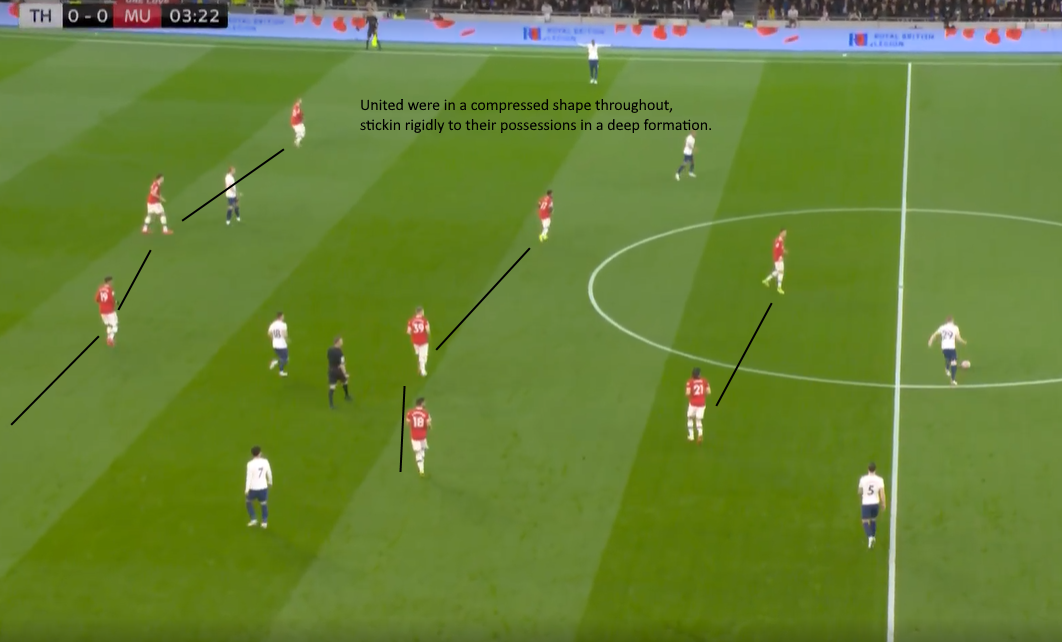 Nuno Espirito Santo's reign is over after just 17 games in charge, and quite frankly he will scarcely be remembered. He always felt like an interim manager; powerless to change anything, a very bad fit tactically, and immediately undermined by being so low on the club's shortlist. Sandwiched either side of him are the Jose Mourinho and Antonio Conte eras. Nuno will fade from memory very fast.

Nuno's tactical vision is fairly similar Jose Mourinho, whom he played under at Porto, and that is simply not the right way to manage a top club in the modern game. It led to wishy-washy performances, aimless possession, and a general sense there was no plan. Conte, by contrast, is everything Spurs could ever want from a manager.

Conte will change everything. He will make the players sweat blood on the training ground, working tirelessly on shape and movement in meticulous detail and demanding loyalty from his players. He will switch to a 3-4-3 or 3-5-2 and deploy a of fast attacking football that, though more reactive than the high pressing of Klopp or Guardiola, fits nicely to the modern Premier League.

There is no guarantee of success, but Spurs are hiring one of the top five managers in the world. Losing 3-0 to Man Utd is the best thing that could have happened to them.

Judging by the quality, variety, and precision of their football this season Liverpool and Manchester City are just as good as they were in the 2018/19 campaign when they won 97 and 98 points respectively. But after both failed to win at the weekend they have already missed out on a combined 18 points from the first 20 Premier League games.

The only explanation for this is that the Premier League is of a much higher quality now than it was three years ago. Aside from the fact this season has a three-horse race rather than a two, managers likes Ralph Hasenhuttl, Graham Potter, and Patrick Vieira represent a major upgrade on the coaching standard of the middle-class clubs compared to years gone by. The higher difficulty of such games is hurting the points tallies of Jurgen Klopp's and Pep Guardiola's teams.

Sharp tactical minds have done so by finding a new way to take points in these matches; squeezing up the pitch and snapping into a fine-tuned press in the middle third of the pitch. This is a major departure from the backs-against-the-walls defensive shells we saw from the likes of Chris Hughton, Claude Puel, or Roy Hodgson in recent iterations of the clubs to have won points against Liverpool and Man City this season. 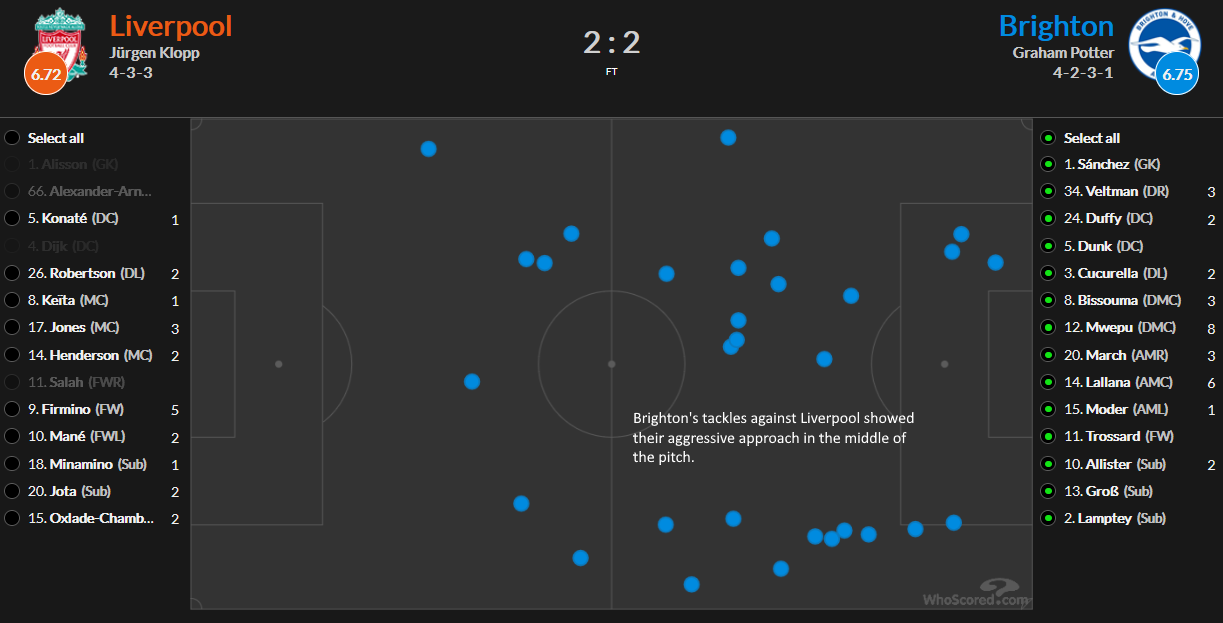 Wolves' 2-1 win over Everton has lifted them to seventh in the table and just three points off the top four, which may seem like an extraordinary turnaround given Bruno Lage lost his first three league games of the season. But Wolves actually recorded a higher xG than their opponent in all three matches and were playing very attacking football with plenty of shots on goal. That is now bearing fruit.

The tactical flip from the Nuno era is very impressive. Wolves have continued with a 3-4-3 formation but are now looking to build out from the back, playing a possession game that sees them hold onto the ball for long periods and push the opponent back. They swarmed Everton on Monday night, racing into a two-goal lead.

The hosts were dominant for long periods, holding 62% possession and overwhelming Rafael Benitez's side in the midfield area especially. It was arguably Wolves' best performance of the season so far, and a deserved reward for some excellent displays under Lage.

The narrative of a football match is always defined after the final whistle and by the score-line, which is inherently problematic considering how often goals are scored against the run of play. We retrospectively apply meaning where there is none, and Arsenal's 2-0 win at Leicester City was a prime example of that.

The write-ups talk of Arsenal's steel, of how impressive it was to take the lead and then manage to sit on it, showing two completely different tactical sides and holding out for a vital win. But in truth, they did not survive the second half because of newfound grit and steel. They survived it because of Aaron Ramsdale's heroics.

If not for the goalkeeper Mikel Arteta's team would have collapsed, once again. After Brendan Rodgers switched to a 4-2-3-1 his central midfield got into shape (having been pulled around too much in the first half) and Arsenal fearfully responded by dropping their line by about 20 yards. This opened up a patch of grass between their midfield and front two, in which Youri Tielemans and James Maddison started to control the game.

Arsenal will not make significant progress until Arteta finds a way to get his team playing boldly for a full 90 minutes. Far too often they panic and retreat, handing the initiative to the opponent.