From an exciting opening weekend of the new Premier League season, we had shocks, boilovers and a glut of goals. Here's five key lessons we learned from the first round of season 2021/22:

This was an archetypal Thomas Frank performance. Brentford's hard pressing, particularly early in the game, frightened Arsenal into mistakes and forced Mikel Arteta's side onto the back foot (note how Brentford charge at the opposition with man-to-man pressing, not unlike Marcelo Bielsa's Leeds United), while some intelligent short-passing football showed their quality in possession.

However, the idea of Brentford as a purely aesthetic team underestimates the variety in their attacks, the pragmatism and adaptability of Frank, and the team's ability to play aggressively direct football when required. For long periods of the game Brentford hit long forward passes up to the two strikers Bryan Mbeumo and Ivan Toney, who dovetailed together to terrorise the Arsenal back four.

Brentford played the second most inaccurate long balls in the division (43) while this fixture involved the fourth most aerial challenges of the weekend. Clearly Frank was deliberately targeting the meekness of the opponents with more direct interplay (as we saw for the long throw that created the second goal) and more often than not the desire was to win headers, collect the second ball, and spread the play out to overlapping wing-backs Sergi Canos and Rico Henry.

Frank's team will impress a lot of people this season with the sophistication of their pretty football. But opponents must avoid being lured in by this narrative, because Brentford can rough it with the best of them. 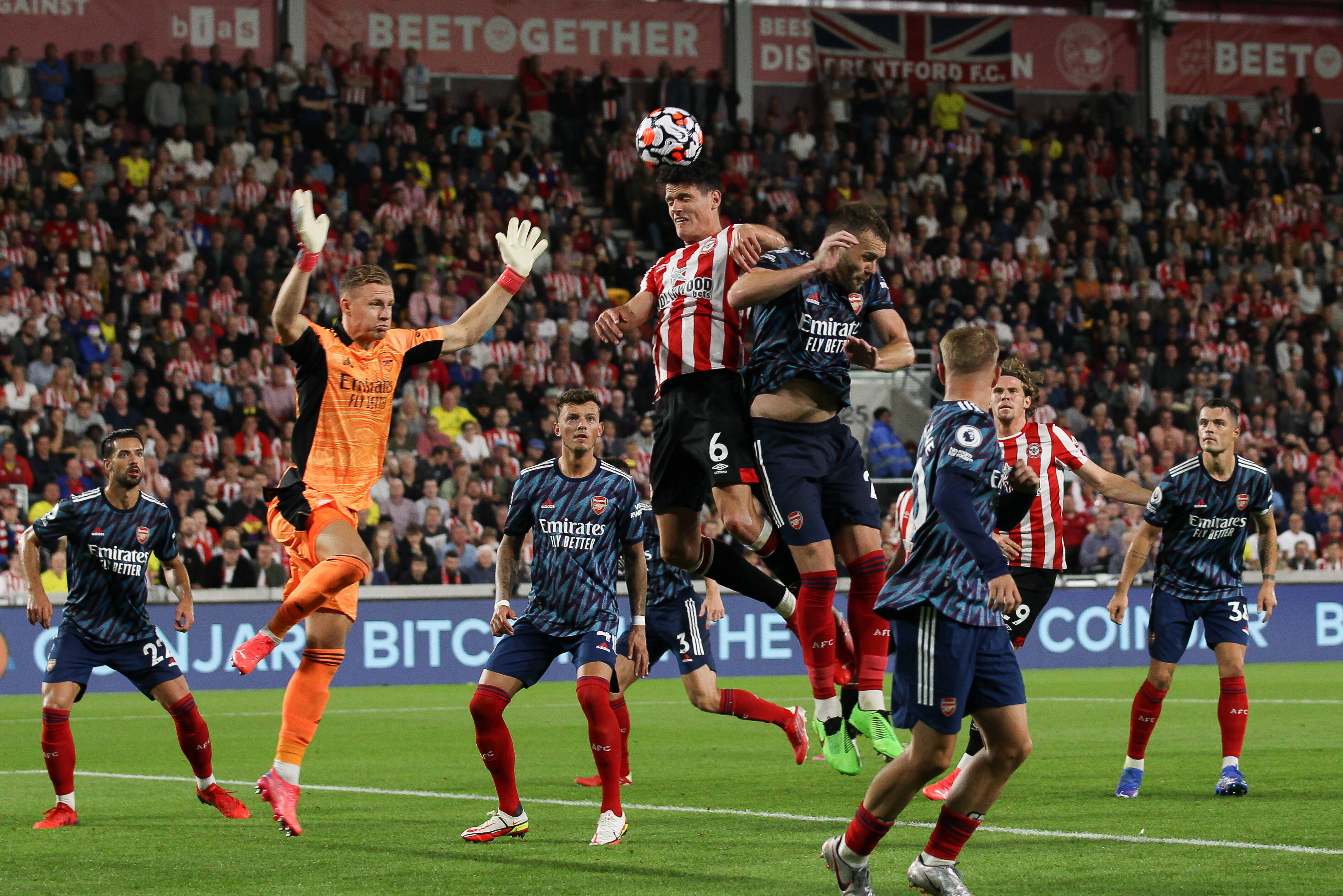 This was classic Nuno Espirito Santo versus Pep Guardiola. Wolves beat Manchester City twice in 2019 by sitting deep, remaining compact and narrow to shut down the half-spaces, and counter-attacking quickly via a front three willing to dribble straight through the lines. That is precisely what happened at the Tottenham Hotspur Stadium on Sunday in a deserved win for the hosts.

Lucas Moura, Stephen Bergwijn, and Heung-Min Son stayed remarkably narrow and high up the pitch, so much so that in the first ten minutes of the game it looked like Man City would easily pass the ball down the under-stocked flanks and score; Jack Grealish and Raheem Sterling were combining well as Japhet Tanganga was left alone to hold down the right wing. But once the Spurs midfield got to grips with the game the front three terrorised City.

Standing very close together, these three completely overwhelmed Fernandinho – who was left alone in midfield as Grealish and Ilkay Gundogan spread wide in search of utilising the half-spaces. Whenever Spurs made a successful tackle the space was open for a quick break, and Lucas, Bergwijn, and Son tore through a wide-open middle of the park. They thoroughly deserved a win that exposed a serious issue for Guardiola. 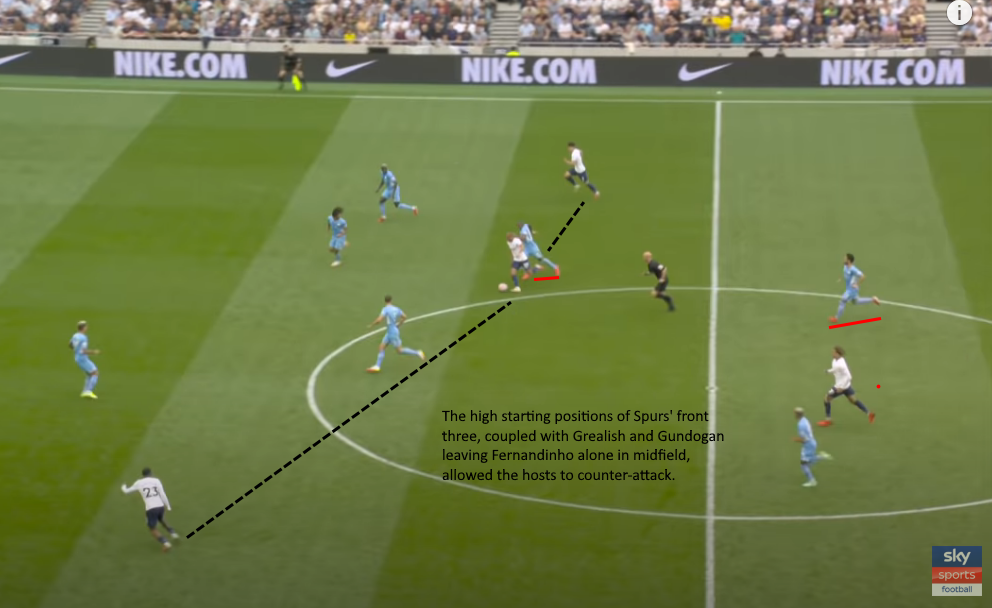 3) Watford ruthless down the flanks, but there are green shoots for Villa

Watford's tactical plan for the season is to sit relatively deep before looking to counter-attack quickly down the flanks via Ismaili Sarr. It worked very well for the first hour against Aston Villa, who looked very short of match fitness and unable to click in the final third. It certainly didn't help that Matt Targett had one of the worst games of his career.

Aside from Ashley Young's movement down the left Villa had very little intent on the ball, Emiliano Buendia struggling to get involved and Marvelous Nakamba again looking below par in possession. Even Danny Ings seemed off the pace, making few runs in behind as Villa laboured to find space.

However, Villa are certainly not without hope. They improved markedly when Leon Bailey came off the bench and injected some energy into their attacks, while the introduction of Jacob Ramsey was a smart move from Dean Smith; Villa got more of a foothold after moving from 4-2-3-1 to 4-3-3.

Man Utd will certainly face tougher tests than this, and so we should not get carried away by a big victory against the same team Ole Gunnar Solskjaer's side beat 6-2 last season. After all, Man Utd have always been strong in the transition and when afforded room to swagger through the middle. Nobody provides this opportunity quite as often as Leeds United, whose maddening high press and emptying of central midfield in order to attack down the flanks plays right into Solskjaer's hands.

Nevertheless the Man Utd manager deserves credit for his deployment of Paul Pogba on the left wing, even if during the first half it looked as though Rafinha would win the game for Leeds United as Pogba failed to track back. The Frenchman, ghosting into central midfield unseen, gave the hosts a huge numerical advantage in the middle and teamed up with Bruno Fernandes to rip through the visitors.

Mason Greenwood's movement as a central striker was also impressive, pulling the Leeds players out of position and suggesting supporters can be optimistic about a title challenge this season. Then again, the real test of progress will be how Man Utd perform when tasked with breaking down a deep-lying defence. 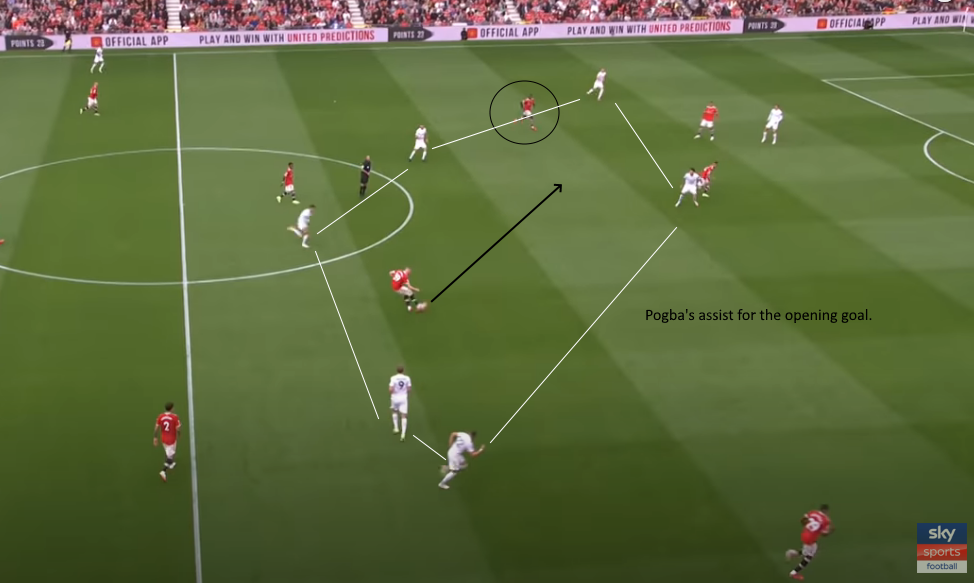 5) 34 goals and no draws: high-intensity football is back

The second highest scoring opening weekend in Premier League history, this was a welcome return to normality. Full capacity crowds clearly made a huge difference, not only encouraging more gung-ho attacking football (hence the unexpected flurry of goals, particularly in the Newcastle United game) and made matches far more emotional – and therefore unpredictable.

The general intensity of the football went up, both on the ball and off it, as teams pressed hard and pierced the lines. That is likely to favour Liverpool and Chelsea in the title battle, who enjoy being able to play football in the transition, and could be bad news for the more passive clubs like Arsenal, Newcastle, and Wolves.

Judging by the opening weekend Crystal Palace are going to have to improve very quickly under Patrick Vieira if Premier League football keeps up this pace. They are hoping to dramatically shift their playing style, which is made all the harder when the environment is wild and unpredictable.