Ole Gunnar Solskjaer defied expectations on Sunday by deploying a high press against Chelsea, confronting the hosts high up the pitch to create a congested, claustrophobic match played almost entirely in tight midfield spaces. As a spectacle, that made it a pretty dull 0-0 draw, but it was interesting from a tactical perspective.

Solskjaer managed to find some major flaws in Thomas Tuchel's 3-4-2-1, which looks nicely balanced when in possession and camped in the opposition half but suddenly seemed ill-fitting once Chelsea were pushed back. As United pressed onto them, Chelsea looked like a 5-2-2-1, with the inside forwards trapped behind United players and therefore leaving a flat 5-2 shape attempting to pass out from the back.

Matteo Kovacic was relatively effective in counteracting the press and helping Chelsea progress, but they could not find any rhythm with a flat back five and few outlets besides those two midfielders. In pressing so high, Solskjaer revealed the issues with Tuchel's 3-4-2-1 and set a template for other managers to follow. 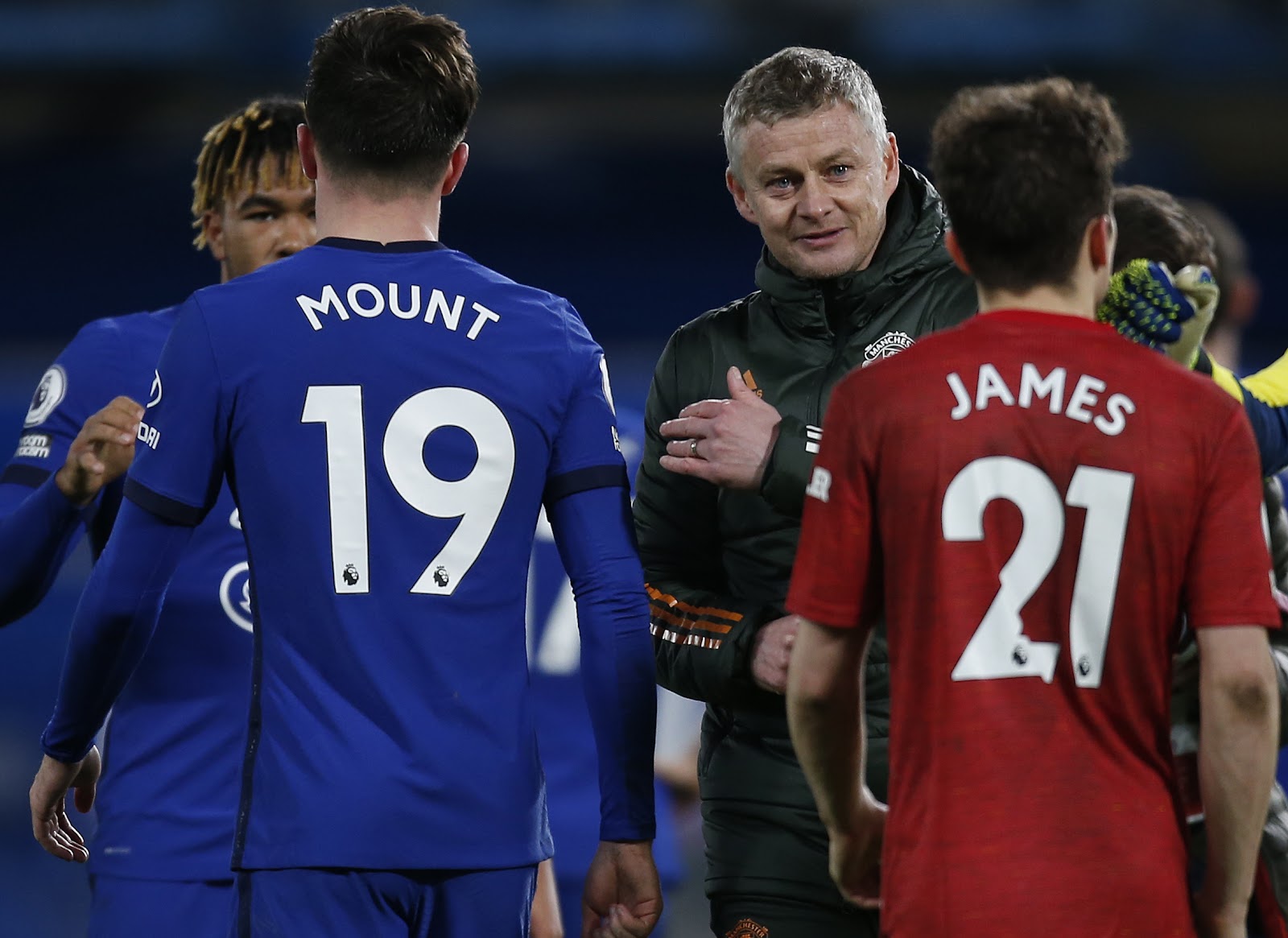 West Ham had nine shots to Man City's ten and 'won' the xG battle 1.93 - 0.76; it was only one incredible pass from Kevin de Bruyne and one momentary lapse in concentration that prevented David Moyes' side from picking up at least a point after a spirited performance that largely reduced Man City to sluggish football.

In a 3-5-2, West Ham blocked off the middle of the park with an extra body in Pablo Fornals (playing deeper than usual), as Jesse Lingard and Michail Antonio played in a front two that looked to launch counter-attacks single-handedly. Behind them, it was a sturdy defensive formation that sat deep and absorbed pressure successfully.

Man City badly missed Joao Cancelo, because without his piercing runs and unexpected midfield positions Pep Guardiola's team were too predictable in their movements, and that low tempo City football became simpler to nullify. What's more, without Cancelo solidifying midfield, Ilkay Gundogan couldn't get into the final third, creating a comfortable game for the visitors – until the defence inexplicably lost John Stones and undid all their hard work.

Jose Mourinho does not coach his teams how to attack, instead preferring them to work out their own methods in game. That is why they can seem so devastating when confident and so devoid of ideas when form has dipped; creativity requires a free and open mind, which cannot be achieved when a low mood brings a shrinking feeling.

It also means Spurs are relatively easy to shake up, because without a clear structure to how they want to play even one new player can dramatically alter the passing lines. That's just what Gareth Bale did against Burnley, roaming freely around the pitch to take advantage of Burnley's porousness between the lines. Noticing just how decompressed Burnley were (a common problem for them in 'Big Six' games), Bale moved off the right wing and into these gaps, picking up the ball in interesting positions and driving Tottenham forward.

Unfortunately for Spurs fans, this is not the start of something. As soon as they face a more organised defence Bale, and the rest of the Spurs attack, will once against start looking flat and in need of direction. Mourinho's improvisational approach only works when Tottenham are given the freedom of the park to be creative. 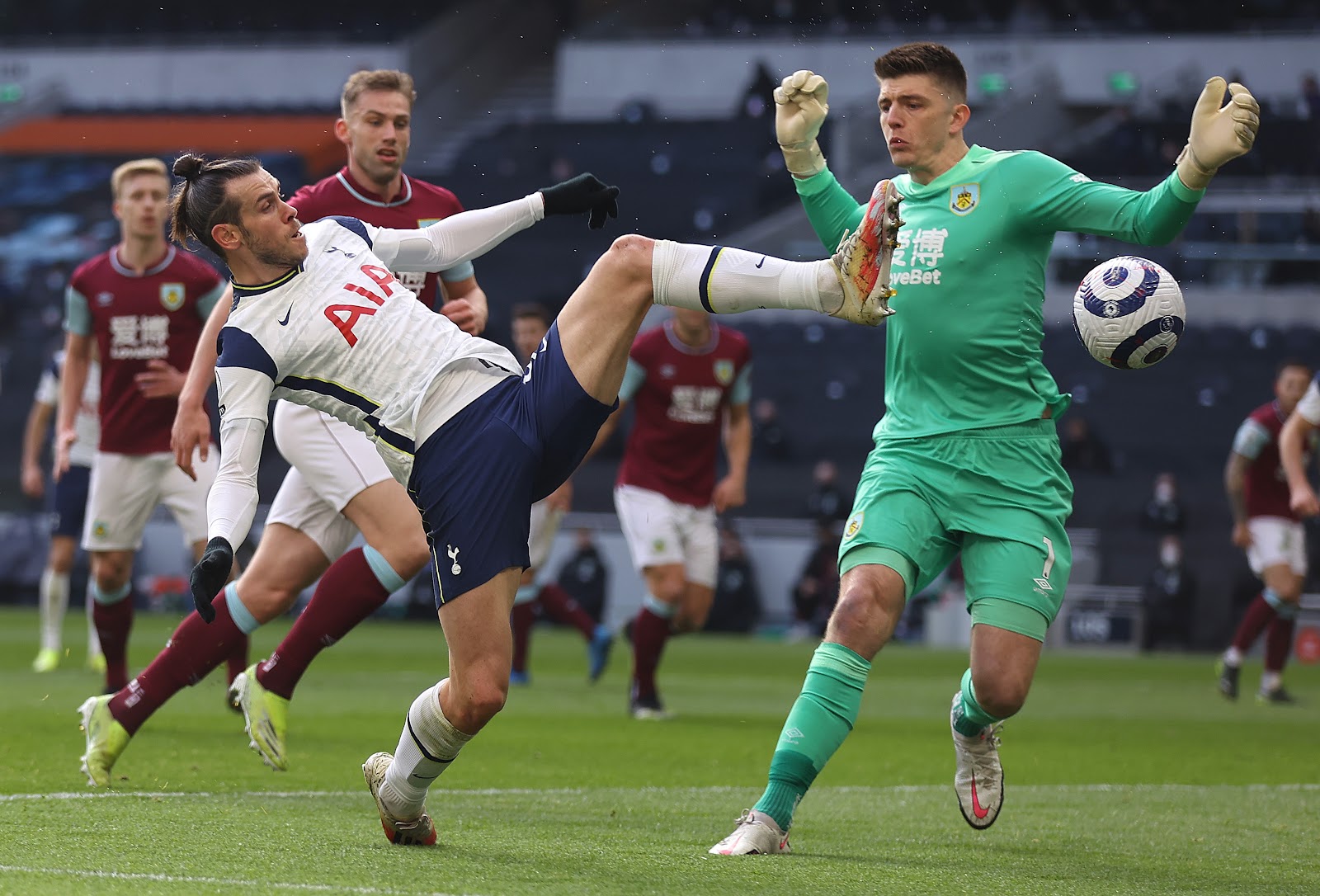 There are two main reasons for Villa' yo-yoing form in 2021. The first is that Dean Smith is prone to moving from a 4-2-3-1 to a 4-3-3 in which one defensive midfielder is left alone at the base and the 4-3-3 never works, and the second is that a lack of rotation means his players are exhausted. Smith avoided both of these problems at Leeds United by deploying a 4-2-3-1 and taking Douglas Luiz and Ross Barkley out of the side.

John McGinn is invariably better in a deeper two, and he had his best game in months at Elland Road as he buzzed around alongside Marvelous Nakamba – who enjoyed his most accomplished performance in a Villa shirt (12 interceptions, four recoveries). Nakamba continually broke up the play to stop Leeds from building any momentum, and along with Jacob Ramsey, who recycled the ball more intelligently than Barkley has been able to, provided the foundation of an important win for Villa.

There was a newfound purposefulness to Nicolas Pepe's performance that helped earn Arsenal a 3-1 win at Leicester City on Sunday. He attempted 10 dribbles, his highest figure in the Premier League this season, made three progressive runs, and was fouled five times; Leicester could not contain his line-breaking energy.

Pepe's performance was in stark contrast to that of Leicester, who looked exhausted after their Thursday night game in the Europa League. They sat alarmingly deep, inviting pressure, and jogged listlessly around the pitch as Pepe drove Arsenal forward. When the team sheets came out Mikel Arteta's six changes looked like suicide, but it actually gave Arsenal the fresher legs and formed the basis of their victory.