Barcelona chief Cruyff: What Man Utd must do to help Ten Hag...

Premier League season 2022/23 kicked off with new heroes, new tactics - though the same old result for Manchester United. Here's five lessons we learned from the opening day of the new campaign...

West Ham United's injury crisis forced them to be far more defensive than usual, sitting extremely deep from the outset and rarely engaging Manchester City until they entered the final third; by the time Erling Haaland won a penalty, the visitors had enjoyed 86% of the ball. In the second half West Ham briefly pushed higher to chase the game, only to then discover that Kevin de Bruyne and Haaland could tear them apart on the break. It was a warning for the rest of the Premier League.

Haaland, counter-intuitively, may actually make Man City even more possession-dominant than they already are, despite his own link-up play being a weakness compared to the false nines Pep Guardiola deployed last season. The lurking threat of his runs in behind, which were terrifying in the second half in particular, is likely to force teams into fearful retreat and a deep line of engagement – in turn giving Guardiola the possession, control, and territory he craves.

Certainly everyone will be stuck between a rock and a hard place. Drop deep and you risk being suffocated; sent to sleep until one quick change of pace from Haaland cuts you down. Push up and give him the space he needs to play at his very best. Clearly the new striker gives Man City greater variety and even more ways to beat teams, potentially making the 2022/23 season a title procession.

But City will still need time to adapt, and it would appear Guardiola is thinking deeply about how to accommodate Haaland. On Sunday he deployed Kyle Walker and Joao Cancelo as central midfielders when City had the ball, allowing Ilkay Gundogan and De Bruyne to play high in the half-spaces and Jack Grealish and Phil Foden to stay very wide, presumably so they had the space to cross for Haaland. It wasn't particularly successful, but it was an interesting tactical tweak. We will see plenty more experiments from Guardiola over the next few weeks. 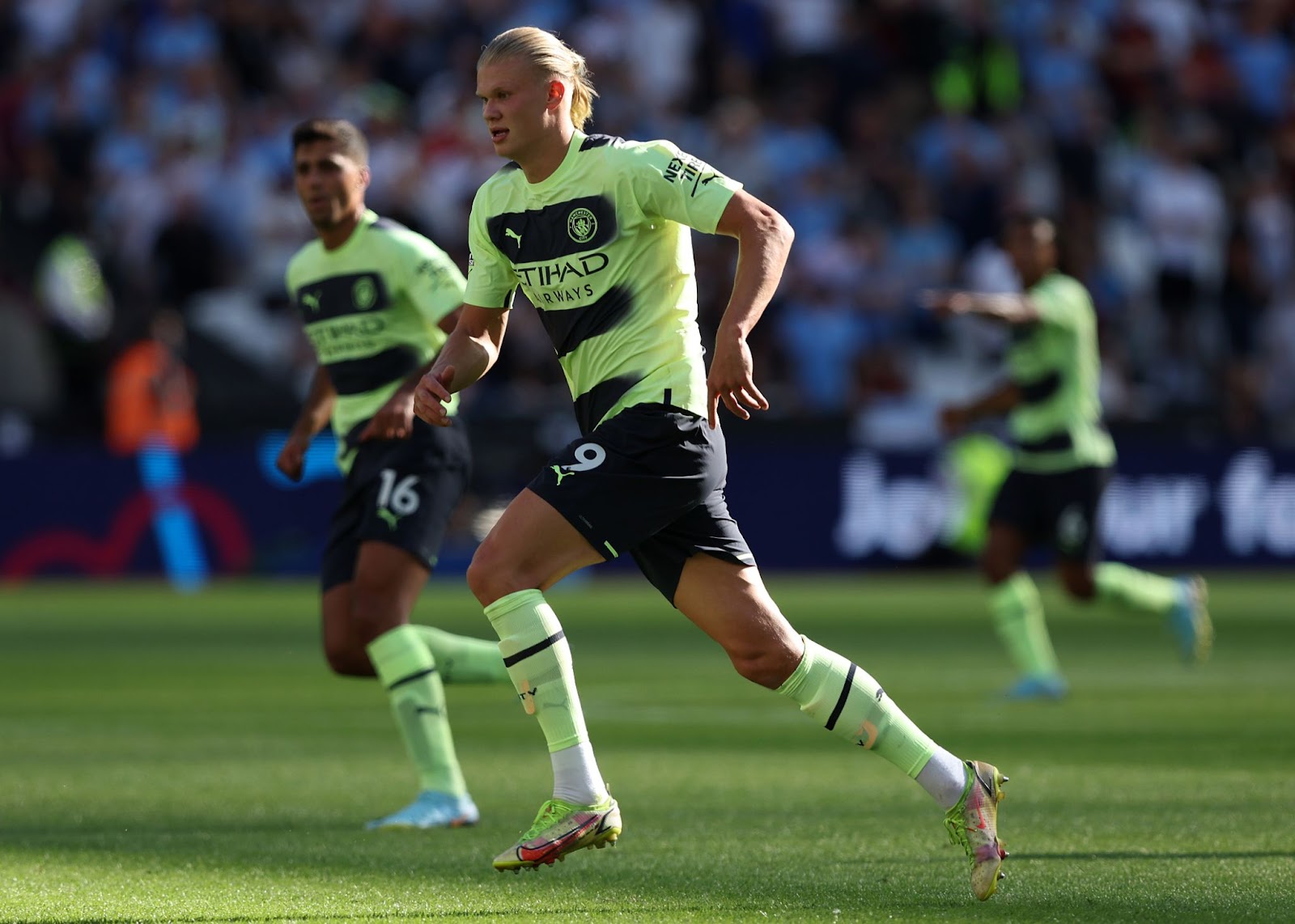 In a match when old-school centre-forwards made the headlines at both ends of the pitch, with Aleksandar Mitrovic proving his Premier League credentials by beating Trent Alexander-Arnold in the air and Virgil van Dijk on the ground before Darwin Nunez helped pull Liverpool back into the contest, this game was actually decided by the midfield battle.

Joao Palhinha and Harrison Reed were exceptional, battling powerfully against the under-performing Thiago Alcantara and Jordan Henderson to show that Marco Silva's commitment to bold attacking football might not be so naïve. The Fulham pair won nine tackles between them in an aggressive and confrontational display that took advantage of some rusty legs and wayward passing from their Liverpool counterparts.

Jurgen Klopp was able to turn the game in Liverpool's favour with the introduction of James Milner and Harvey Elliot, who both made better forward runs than Thiago and Henderson, driving into the channels to support Mohamed Salah on the right. This pushed Fulham back and shifted momentum – only for Mitrovic to win a penalty against the run of play. Liverpool cannot afford a slow start to the season. Klopp should consider starting Elliot against Crystal Palace on Monday. 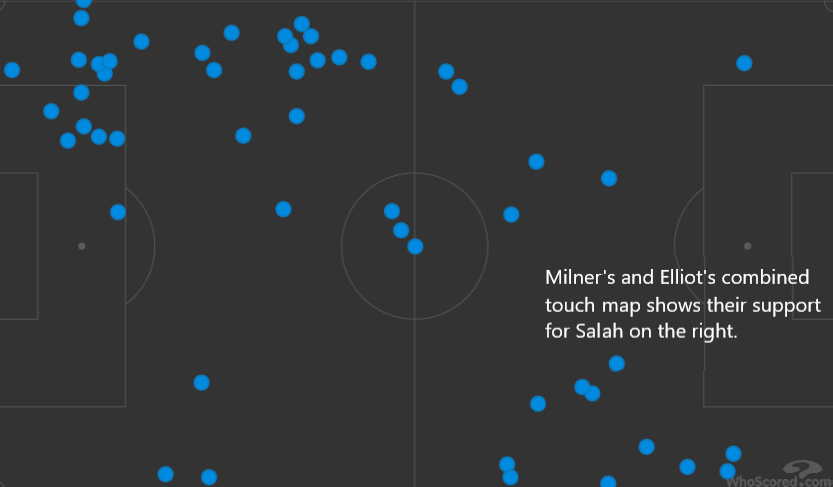 Tottenham Hotspur weren't quite at their best in a comfortable 4-1 win over Southampton that said more about Ralph Hasenhuttl's waning project than it did the title credentials of the hosts. Saints began in a 5-3-2 formation presumably hoping that roughly mirroring Antonio Conte's 3-4-2-1 would help them defensively, and it did to an extent as the Southampton wing-backs found space on the counter-attack.

However, it wasn't long before Dejan Kulusevski began to make use of the little pockets of space on the outside of Southampton's three-man midfield and in front of the wing-backs; Spurs' equaliser came from a Kulusevski cross from the right as the left wing-back was unable to move up in time to stop the delivery, then the same thing happened on the other side as Heung-Min Son crossed for Eric Dier to score.

Noticing the flaw, Hasenhuttl changed things in the second half by moving to a 5-4-1 that gave an additional layer of defensive support in the wide areas. Unfortunately, the absence of a third body in central midfield now meant there were far too many gaps for Tottenham to thread passes through the middle, where Kulusevski now roamed. His brilliant performance, defined by intelligent adaptation to Southampton's tactical changes, was evidence of the strength in depth Conte now enjoys.

4) Familiar flaws allow Brighton to counter between the lines

There was nothing particularly new about this game. Brighton were the same Brighton as always, a highly-sophisticated team built with great detail by Graham Potter, whose team weaved brilliantly forward on the counter-attack throughout their opener against Manchester United. And the hosts were the same Man Utd as always, in that Erik ten Hag's tactical ideas could not take hold with the same flawed players in key positions.

It is quite remarkable that Fred and Scott McTominay are still their starting midfielders. It is not at all remarkable that Brighton continually made chances, and both of their goals, by exploiting the huge spaces that opened up between these United midfielders and their centre-backs. Things were not helped by Lisandro Martinez enduring a very poor debut.

Ten Hag's substitutes didn't work either, with Christian Eriksen struggling as the anchor man and Donny van der Beek again looking lost, while in an attacking sense his system fell apart due to Anthony Martial's injury. Eriksen had little impact as a false nine and Cristiano Ronaldo drew too much attention when he came on. The road ahead will be long and bumpy for the new Man Utd manager. 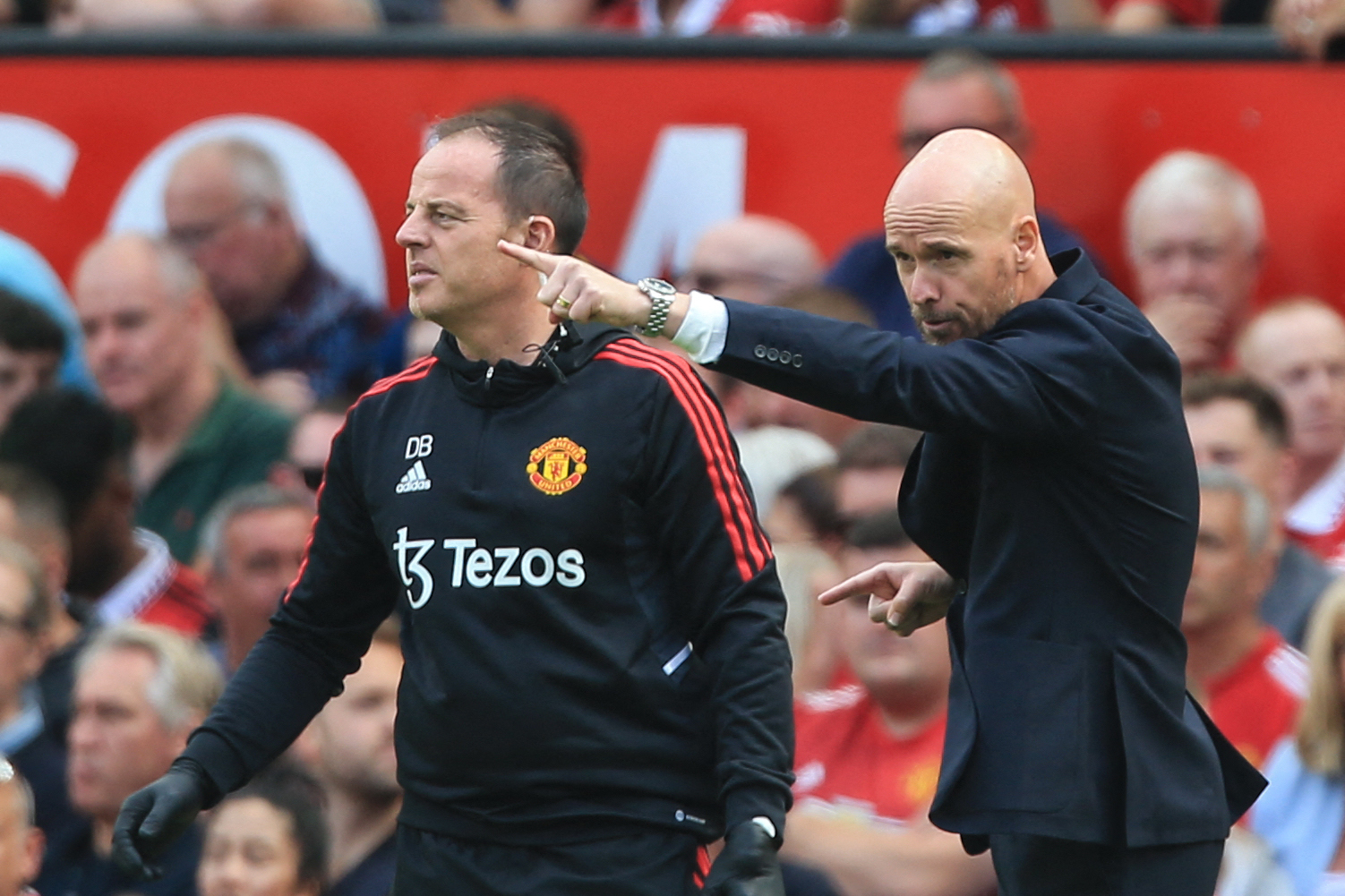 Aside from a quick start from the visitors Crystal Palace were arguably the better team in the Premier League opener on Friday night, holding 57% possession and matching Arsenal's shot count (10-10).

In fact it was Patrick Vieira who had the better game-plan, Palace showing their usual tackling aggression in the middle third of the pitch before targeting weak link Ben White with Joachim Anderson's raking long passes into Wilfried Zaha.

But it is worth noting Arsenal would have lost this match last season. The difference was flashes of quality from new signings Oleksandr Zinchenko and Gabriel Jesus; a sign Arsenal can win ugly and, maybe, make the top four at last. 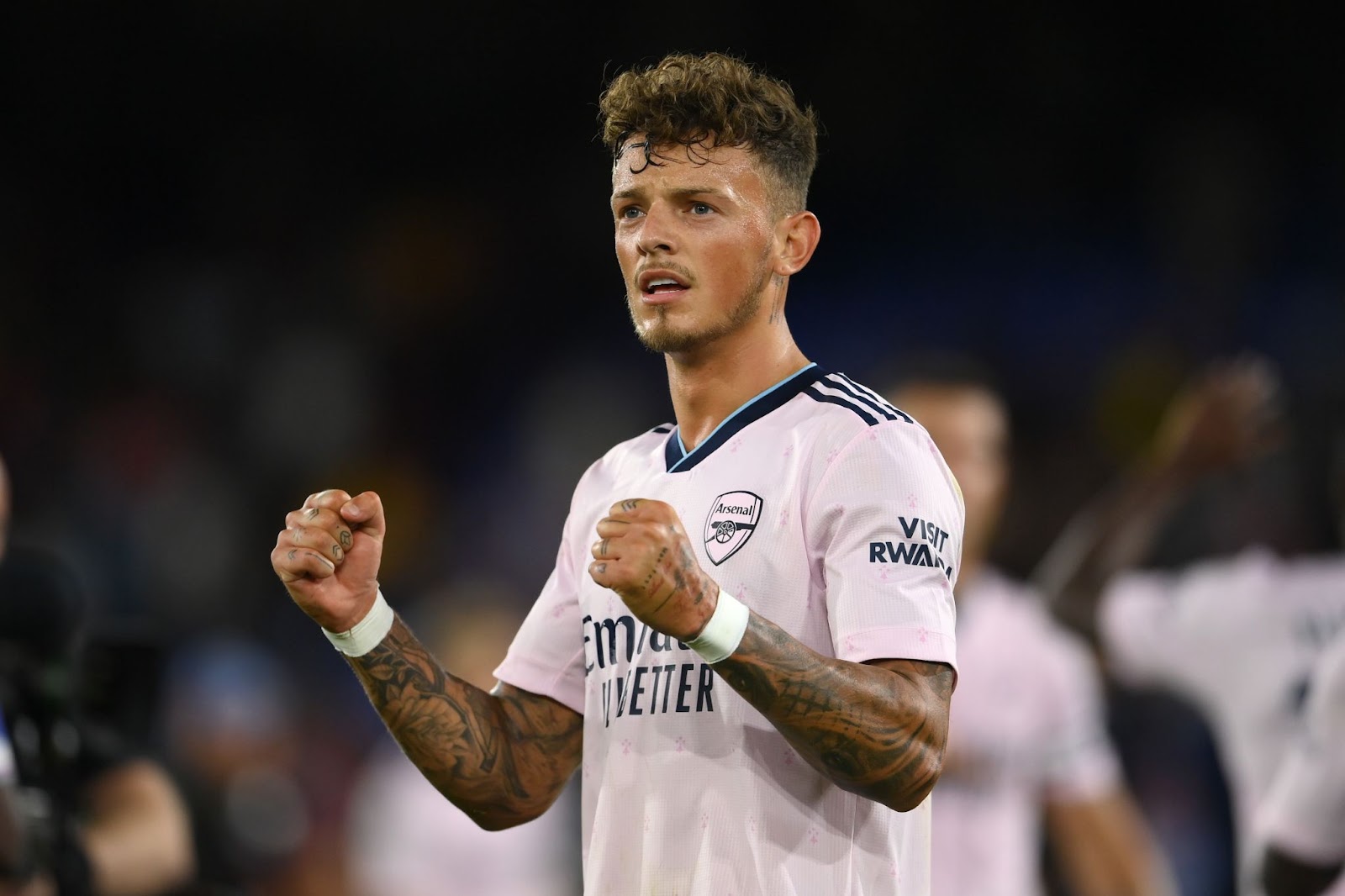