Jose Mourinho gets it wrong at Arsenal - as does Tuchel at Leeds. And Parker had Fulham push Manchester City all the way. Here are five tactical lessons we drew from the weekend:

1) Tuchel gets his tactics wrong – and corrects them too late

Leeds United under Marcelo Bielsa tend to empty out central midfield in order to overload the flanks with bodies and/or press and attack in large numbers high up the pitch. It often creates a stretched formation with big spaces between a line of forwards and the defensive line, and so it is surprising that Thomas Tuchel moved away from his 3-4-2-1 for this game. The narrowness of the system would have been perfect for this one.

Instead, N'Golo Kante was consistently seen running on the ball through the empty midfield, to the right of centre, only to get stuck once he entered the Leeds half because there were no Chelsea runners in behind and no creative players centrally. Mason Mount was stuck out in a harmless left wing position in Chelsea's 4-2-3-1, when the 3-4-2-1 would have meant two inside forwards dancing around Kalvin Phillips – ready to take up the mantel from Kante after he drove forward in the transition.

What's more, leaving Matteo Kovacic out of the side meant Chelsea lacked their best press-resistant midfielder. He would have been ideal to outmanoeuvre Leeds' high press and set the visitors away. Tuchel eventually made the right changes, bringing Timo Werner on for pace in behind and putting Mount central in a 3-4-2-1, but it came too late to have an impact. 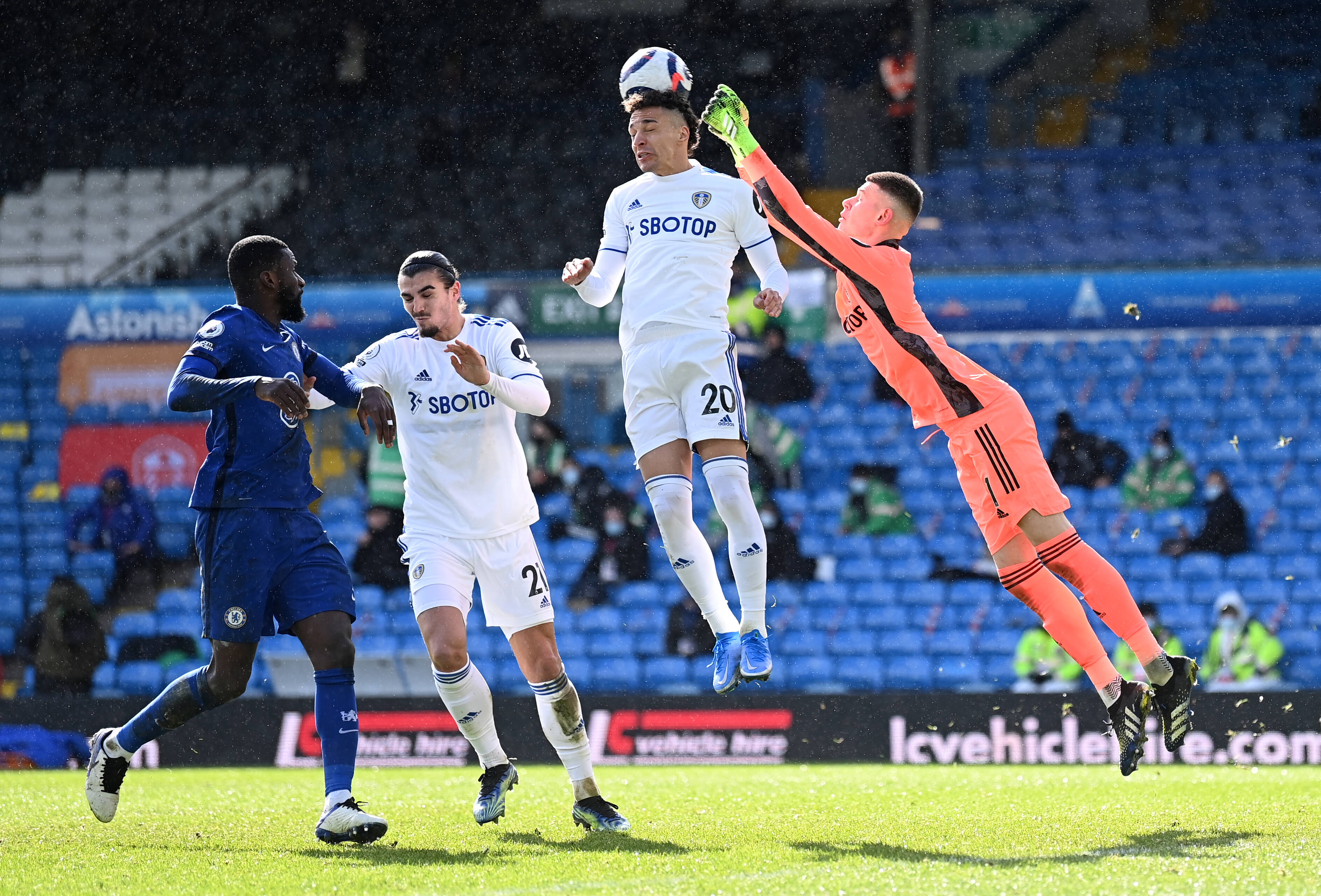 This was the perfect opportunity to prove Tottenham had turned a new leaf under Jose Mourinho, and that he can indeed encourage attacking football – especially given Arsenal are so easily caught out when pressed in their own half. Instead, Mourinho's assertion that he wants Spurs to play progressively was disproved emphatically. In sitting back, Mourinho showed he cannot work at Tottenham long term.

The essential incompatibility is best exemplified in his use of Gareth Bale, who has been superb for Tottenham recently but was forced to defend in his own half on Sunday because of Mourinho's tactical preferences. Bale just couldn't do the work required, leaving Matt Doherty completely overwhelmed on that side as Kieran Tierney and Emile Smith Rowe dominated the game.

If you play on the back foot, players like Bale will have to do this sort of work. If you play progressively and press high, then Bale can function high on the right wing, meaning the situations that led to Arsenal's victory would not have happened.

It was a defeat entirely of Mourinho's making: his cautious defensive football creates hesitancy, invites poor performance, and forces out-and-out attackers like Bale into uncomfortable positions. This might have been the last straw for Tottenham fans. 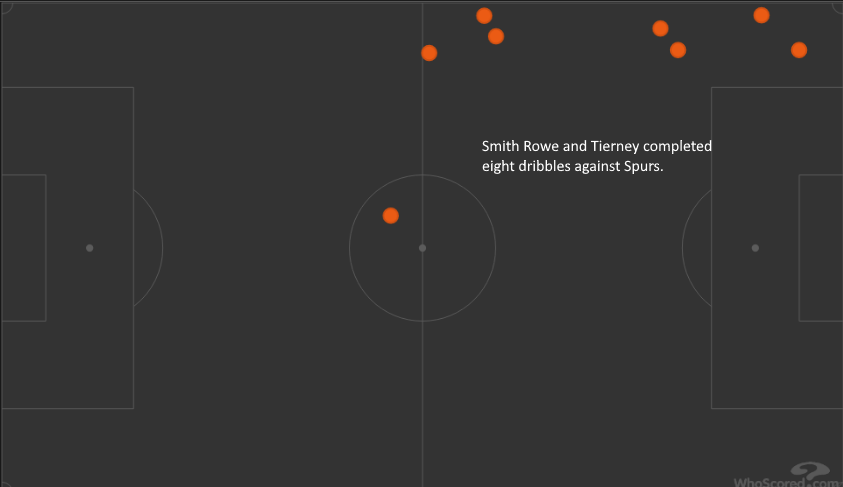 Brendan Rodgers' biggest strength at Leicester City is his tactical flexibility; he is always coming up with small changes to adapt to the opposition, and his strategy against Sheffield United was perfect. He picked a very attacking 3-4-1-2 formation that, against the Blades' 3-5-2, ensured Ayoze Perez was able to find space in a congested midfield.

Playing Jamie Vardy and Kelechi Iheanacho as split strikers helped pull a solid United back five apart, with both players making good runs in behind to ensure Leicester could play a direct game. Most teams end up playing slow possession football just in front of Sheffield United's low block, but Rodgers' unusual configuration of his front thee made sure the hosts could get in behind constantly.

Considering both Harvey Barnes and James Maddison were unavailable, it was an excellent bit of improvisation from the manager. There is no danger of Leicester collapsing like they did last season. 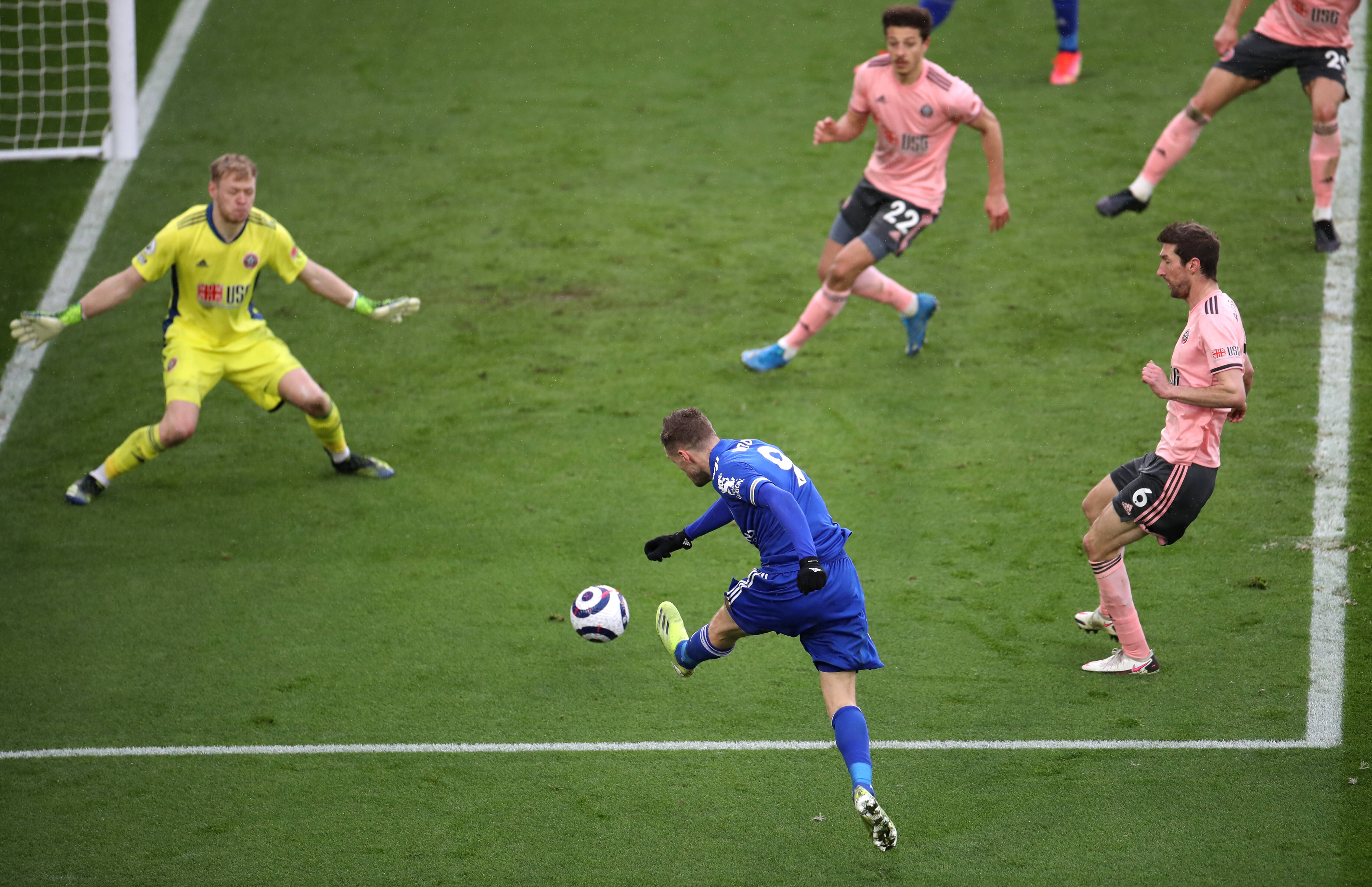 4) Moyes is punished for not being bold enough

Jesse Lingard's ineligibility proved to be West Ham's downfall. David Moyes clearly doesn't trust Manuel Lanzini or Said Benrahma for the big games, prompting a switch to a 3-5-2 formation that ended with Michail Antonio the sole outlet up front as the visitors were penned in. West Ham have been at their best against the 'Big Six' when playing confrontationally, but at Old Trafford they were timid and overly defensive.

The original idea was for West Ham to sit in a 5-3-2 when defending, but, once on the ball, left wing-back Ben Johnson and centre-back Aaron Cresswell would get forward to swing the formation into a 4-2-3-1 (with Tomas Soucek in central attacking midfield). But West Ham just couldn't get up the pitch.

In the second half Moyes pushed his team much higher up, before moving permanently to a 4-2-3-1 with Johnson moving over to the right side to help Vladimir Coufal. It all happened too late in the game, after Man Utd had relentlessly attacked Coufal's side and got plenty of joy through Luke Shaw. Moyes will be careful not to set up too defensively in future. 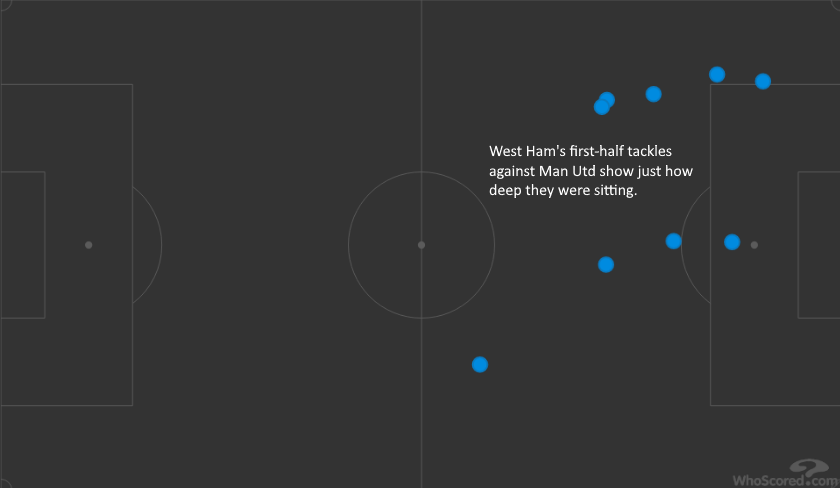 Although Fulham eventually fell to defeat, there was a lot to admire in their first half performance. Scott Parker has emerged as a very talented tactician this season, and that first 45 minutes was another example of how his detailed and unusual thinking is causing problems for even the best teams in the country.

Fulham pressed hard onto Man City and deployed a man-marking system to stop Pep Guardiola's team from playing: in City's half, Mario Lemina and Andre Anguissa sat directly on top of Rodri and Bernardo Silva to slow the visitors down, and as soon as the ball was in the Fulham half they moved to a compact 5-5-0, again with man-marking throughout midfield.

What's more, Fulham built a lot of good possession in the first half thanks to Parker's deployment of Ruben Loftus-Cheek as a false nine, which gave the hosts an extra body in the middle of the park. When Loftus-Cheek came short he was replaced by Ademola Lookman, ghosting in unseen from the right.

Fulham were unlucky not to be leading at the break, and unfortunately City's quality simply shone through in the second half.