1) Foden and Grealish target Milner as City dominate first half

Liverpool's meek first-half performance should have seen them dead and buried long before we were treated to that sensational second 45. Their tactic to hit long balls over the top of the Man City defence (so frequent they looked premeditated, although Jurgen Klopp criticised his players for playing them after the game) meant they often had five players on the shoulder of the last defender, severing the front from the back so that Liverpool could not build through the lines.

As a result they were penned in by Man City's high press and put on the back foot. More importantly, Pep Guardiola targeted James Milner by instructing false nine Jack Grealish to come out to the left and double up with Phil Foden. Grealish didn't seem to understand his role as a number nine but when drifting wide Milner – looking his age – just could not cope. Mohamed Salah doesn't track back and Liverpool's tentativeness meant Jordan Henderson could not get across in time. 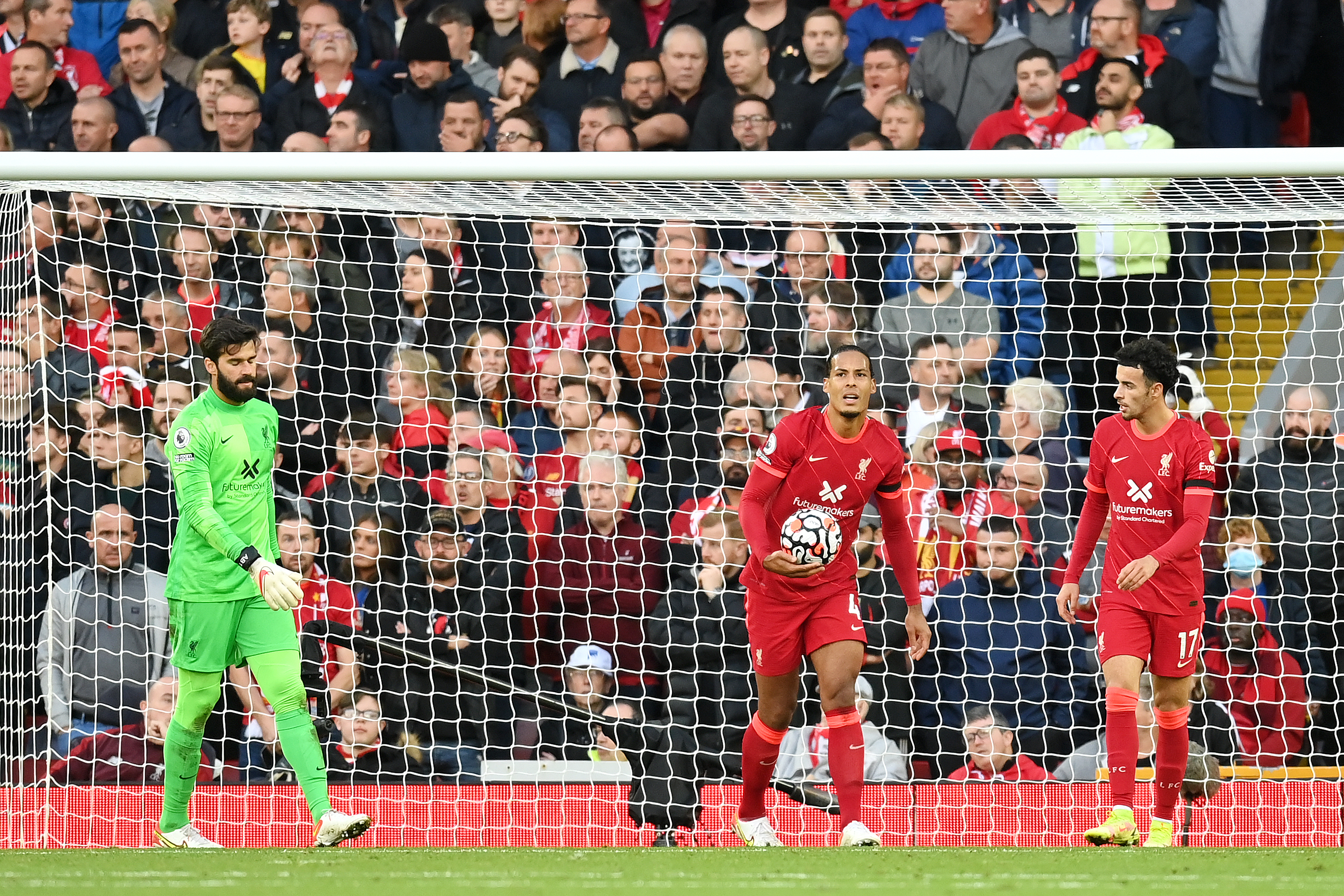 Klopp praised his players after the game for showing more aggression in the second half, pushing up the pitch and getting out of the back line to confront the Man City players in the half-spaces – the area in which their playmakers run the game. This did prevent Liverpool from being pinned back, and it certainly closed the gaps in the transition that had allowed Foden to get on the ball in space, but it also created a wild end-to-end game that could have gone either way.

The battle between Jordan Henderson and Bernardo Silva best captured this pattern. Occupying the same column of the pitch, one of these two was always either leading the play or being caught behind it; as Silva weaved forward, driving City up the pitch, Henderson was left up the pitch and vice versa. Ultimately, however, the game was decided by moments of brilliance from the forward players as Foden, Gabriel Jesus, and – most of all – Mohamed Salah, who lit up the game with exceptional runs.

Whether sat deep or pushing high, Liverpool had to strain every muscle to stay in the game, and yet it was Man City who dug deep to twice come from behind: this was two world-class teams playing at their peak, a sign we are about to witness one of the great Premier League title battles.

The most interesting aspect of this game was the way Cristiano Ronaldo disrupted the rhythm of the match. His introduction electrified the crowd and seemed to jolt both sets of players into action, energising Everton into counter-attacking with more venom and ultimately leading to their well-earned equaliser. This was partly psychological, and partly because Ronaldo's absence of pressing allowed Everton to launch counters more easily.

But Ole Gunnar Solskjaer's lack of tactical coaching was still the main story of the day. Rafael Benitez, arms waving frantically on the sideline, made numerous tweaks throughout the match, most notably bringing Tom Davies on to man-mark Paul Pogba as Everton switched to a 4-5-1 to see out the game. By contrast, Solskjaer was conspicuously absent and, once again, his team played without any clear strategy.

The most damning comparison is between Abdoulaye Doucoure and Fred. The Everton midfielder was everywhere, playing subtle passes to get Everton onto the front foot and breaking up the play superbly, while Fred made several mistakes and often watched the game pass him by. Fred's double error in the build-up to the Everton goal assisted by Doucoure said it all. Here was a £50 million midfielder wondering around the pitch in desperate need of guidance from the dugout. 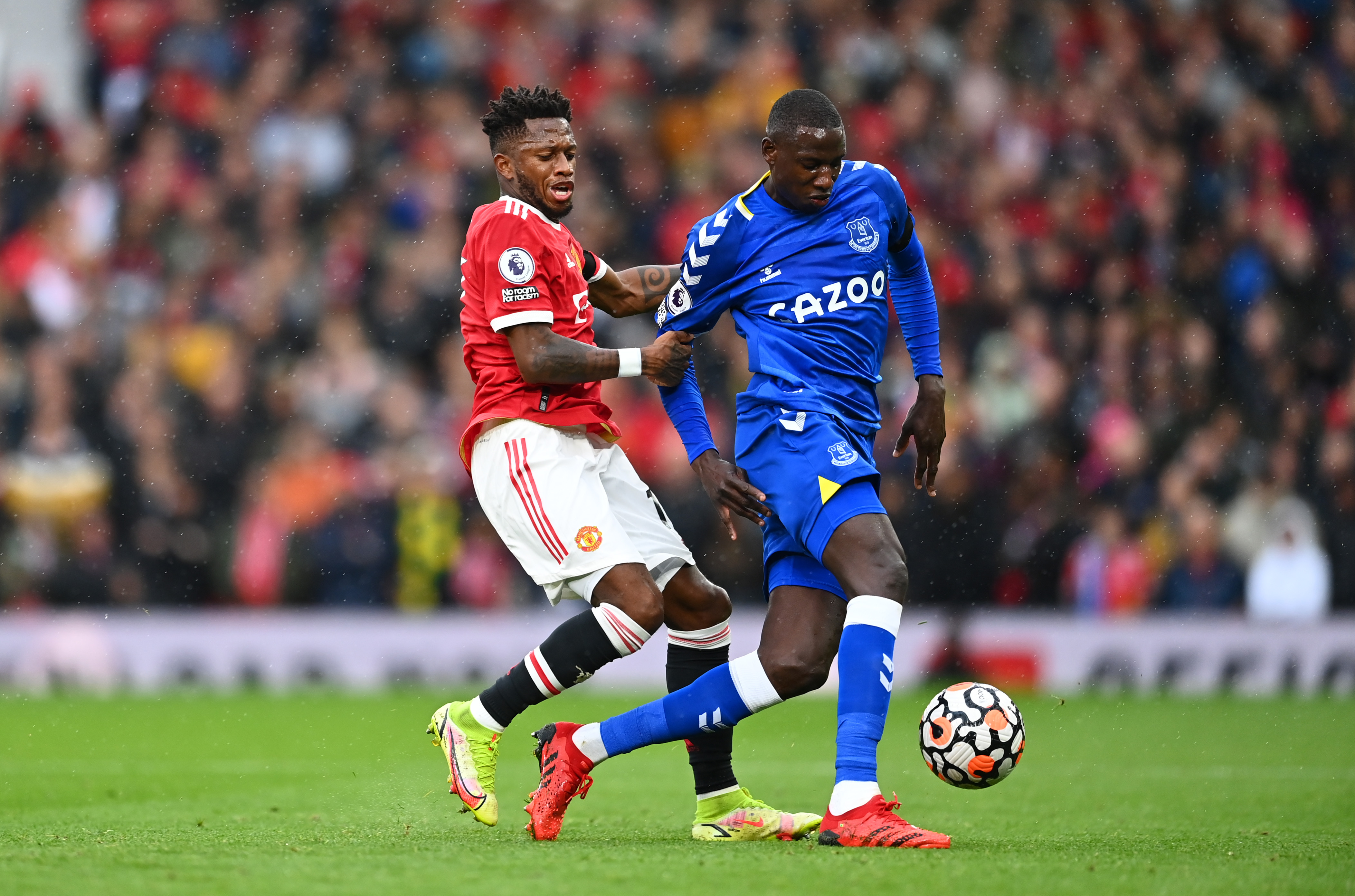 Brendan Rodgers sprung a surprise with a flat 4-4-2 formation at Selhurst Park on Sunday afternoon, which made little sense on paper or in practice. Leicester City were fortunate to go 2-0 up although at least in the first half we could see the idea behind Rodgers' new system; to avoid being sucked into a midfield battle by this hard-pressing Crystal Palace team, Leicester looked to sit deep and play on the counter-attack.

Perhaps Rodgers recognised that Patrick Vieira's bold new approach leaves gaps between defence and midfield, and is made vulnerable when encouraged to play with a courageous line. Consequently by sitting deeper and inviting Palace on, Leicester's wingers could into the spaces between the lines on the break and their two strikers could pinch the ball from Palace defenders still learning how to pass out from the back. That, at least, is how Leicester got their two goals.

But Palace were really on top throughout. Leicester's two-man midfield was overwhelmed by the energy of James McArthur and Conor Gallagher, while the direct dribbling of Wilfried Zaha and Michael Olise cut through the lines partly because Leicester were in such a flat and deep system and partly because their opponents just aren't practiced in a 4-4-2. Rodgers' side could not build out, could not find progressive passes, and that allowed Palace to squeeze central midfield and overrun the visitors. Vieira was unlucky not to win the three points. 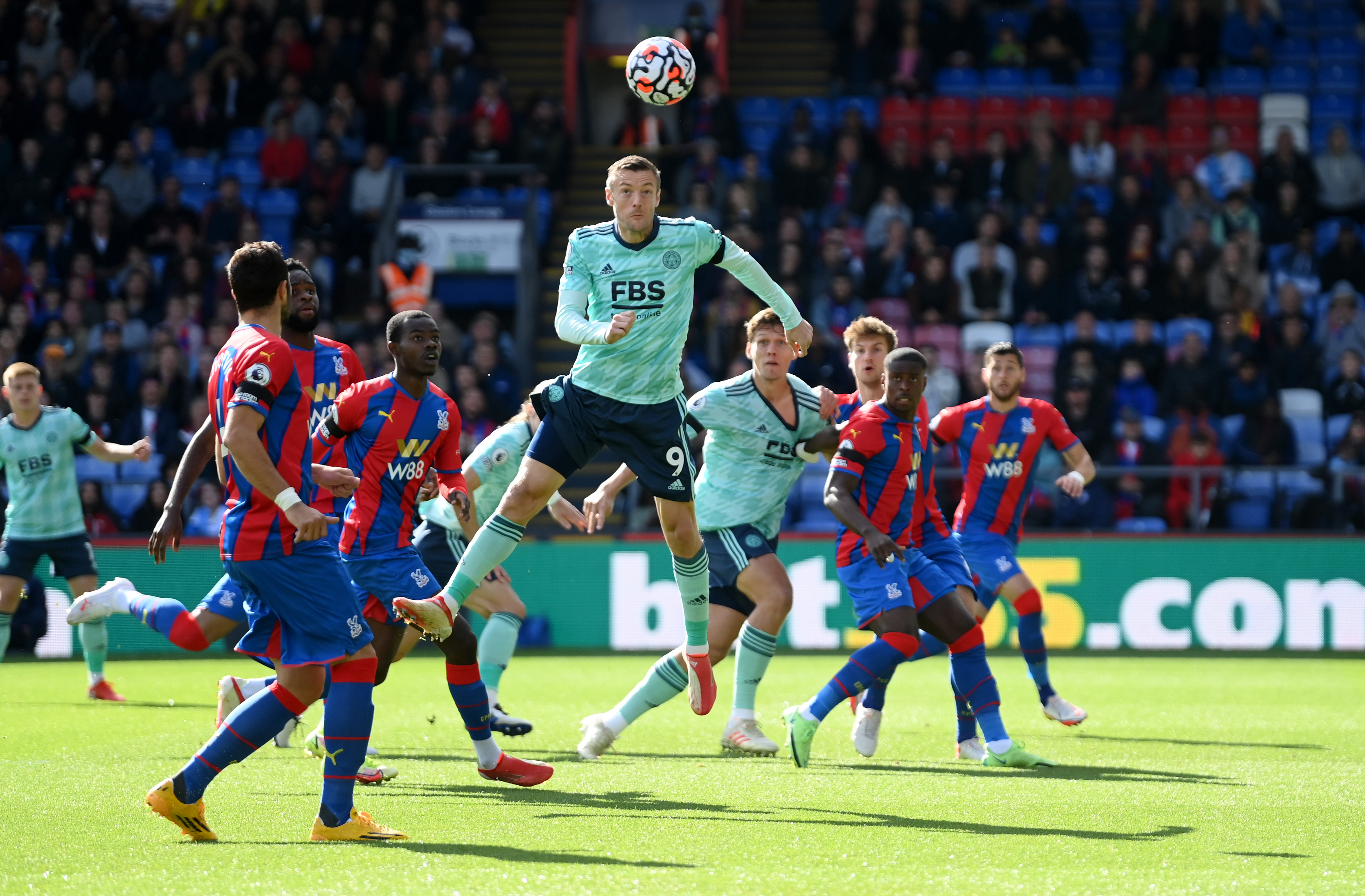 5) Front twos are back in fashion across the Premier League

Leicester City finally reverted to a front two at the weekend, having successfully used a 3-5-2 towards the end of last season, while the strike partnership of Raul Jimenez and Hwang Hee-Chan was excellent in Wolves' 2-1 win over Newcastle. Romelu Lukaku and Timo Werner worked together for Chelsea in their win against Southampton and Aston Villa have been trialling Danny Ings and Ollie Watkins in a 3-5-2 recently.

It certainly looks as though front twos are back in vogue. This is most likely the result of teams coming up against a back three more often than they used to, giving the attacking team an advantage again when deploying a two, plus a reflection of the growing influence of full-backs in the final third; the 3-5-2 is a common way to give the full-backs width without losing anything from central defence of central midfield. 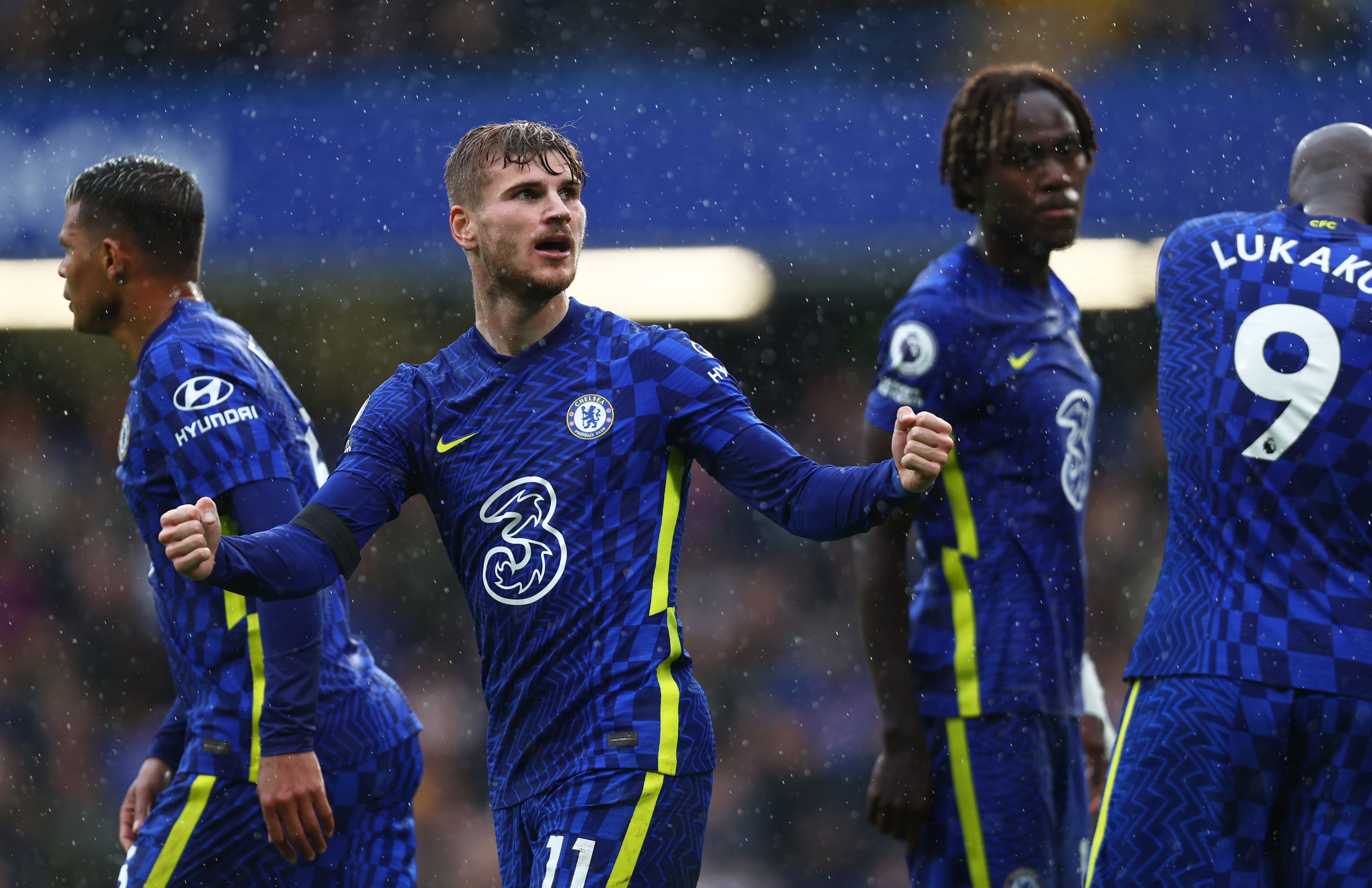