Steven Gerrard leaned on Gerard Houllier to set up Aston Villa for his Liverpool return, Manchester City are missing a No9 and Bruno Fernandes appears lost in Ralf Rangnick's system. Here's five lessons we learned from the Premier League weekend:

1) Chelsea fail to make the most of midfield spaces

This was a very strange game. Chelsea failed to control central midfield in either half, and Thomas Tuchel will be disappointed with how his team are stumbling through matches in the absence of N'Golo Kante and Matteo Kovacic.

In the first 45, Leeds United's chaotic pressing left a lot of space that Chelsea failed to exploit. The forwards and midfielders were pressing hard but the defence kept dropping, opening a huge area in between the lines that Chelsea's inside forwards should have been able to use. Marcelo Bielsa almost always empties central midfield, and so that square shape of Tuchel's 3-4-2-1 should have run riot.

Instead, Mason Mount and Kai Havertz stayed too wide, and whenever Reece James moved into midfield (which was often) he seemed alone in attempting to drive through the open patches of grass. It was strangely disordered from the hosts, who lost control entirely in the second half when Leeds' aggression saw Jorginho and Ruben Loftus-Cheek become overwhelmed.

2) Silva and Cancelo find familiar space on the right

Wolverhampton Wanderers were unlucky, in the end, to lose to a very dodgy penalty call and if this match had ended 0-0 then all the talk would have been about Manchester City's lack of a striker. As in the goalless performances against Southampton and Crystal Palace, Pep Guardiola's side needed a number nine making the right movements in the box to encourage more creativity outside of it.

Too much of City's play, when faced with a deep defensive blockade like Wolves', is in front of the opposition and without penetration. It isn't a case of needing a striker to put away chances, but needing one to make runs that encourage more assertive football from the whole team.

But that conversation can wait for another day. On Saturday, Man City got their win thanks to a clever tactical switch made by Guardiola once he noticed where the space was. Wolves lined up in a 5-3-2 formation, and with most of the play funneled down Jack Grealish's side of the pitch that three-man midfield was pulled over to one flank. A quick diagonal switch would see Joao Cancelo in acres of space in the right half-space.

City couldn't take advantage, however, until after the break when Bernardo Silva started running with the ball into this zone of the pitch. It would appear that Guardiola had spotted where the room was and instructed his most in-form player to start probing here. Sure enough, it was Silva's cross from the right that struck an armpit and led to the match-winning penalty. 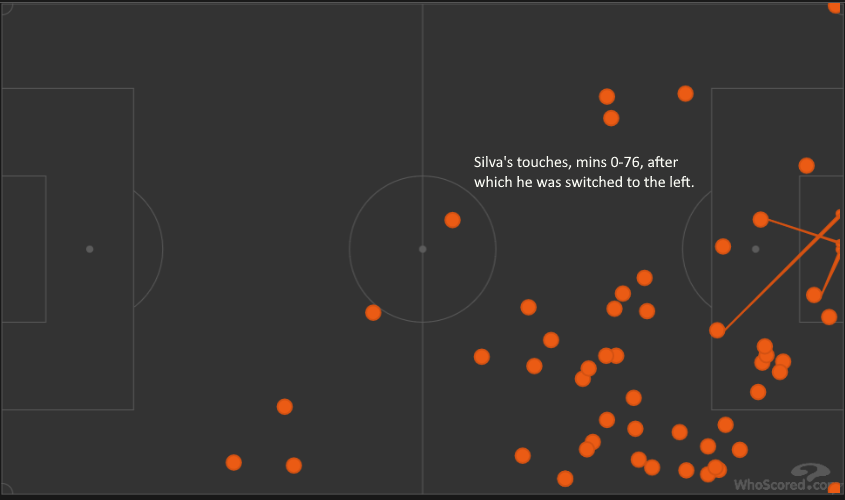 3) Gerrard acts too late as he shows his defensive side

Steven Gerrard has always maintained that he learnt as much from Gerard Houllier and Rafael Benitez as Jurgen Klopp or Brendan Rodgers, and for the first time we saw evidence of that on Saturday. Prior to this game his Aston Villa side had prioritised possession and pressed hard in the middle third of the pitch, but at Anfield they sat right back, holding 37% of the ball and rarely engaging with the Liverpool team until they entered the final third.

Villa only had four shots on goal and not a single one on target, so it didn't exactly work as a strategy. But worse than that, Gerrard was too late to try to open things up, as he admitted in his post-match interview; the plan was to keep things tight until near the end, when attacking substitutions would be made to give the visitors a chance.

But the first attacking change came in the 69th minute, two minutes after Mohamed Salah's penalty gave Liverpool the lead. Gerrard was left ruing his decision not to go for it just a few minutes earlier.

Manchester United temporarily went backwards here, playing with less intensity and purpose than in the 1-0 victory over Crystal Palace. Norwich City should not have found it so easy to hold United back, and certainly it is not a good sign that the visitors only managed 13 shots on goal. The main problem is simply not having enough time on the training field to understand Ralf Rangnick's methods, or indeed to build up their fitness for such a demanding high-pressing system.

However, there is mild concern that Bruno Fernandes is particularly unsuited to the 4-2-2-2 system being deployed. He was often stuck too far out to the left, when he prefers to be central, and was rarely in advanced-enough areas either. Fernandes had one shot, made one key pass, and completed one dribble. He was largely on the periphery of the game.

Fernandes is arguably as unsuited to the Rangnick philosophy as Cristiano Ronaldo. The United playmaker is an individualist who likes to roam freely, playing like an old-school creator and not from within a rigid system. The teething problems might just continue for Rangnick for quite some time. 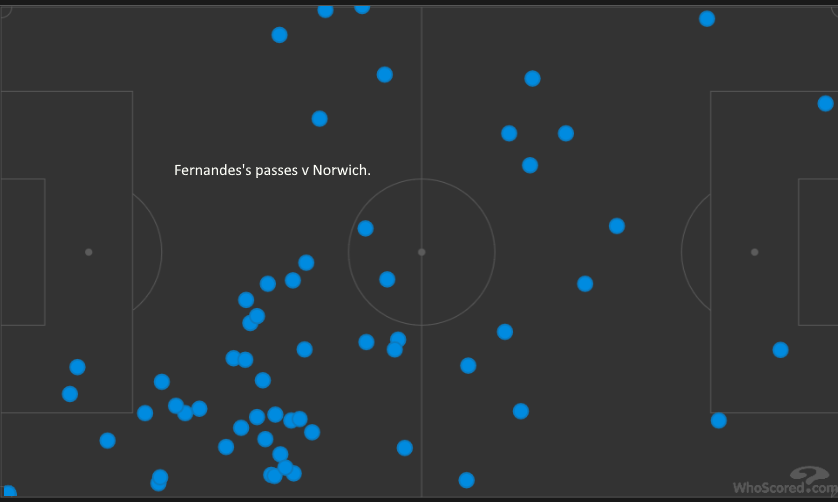 Steve Bruce might have been too negative to work out as Newcastle United manager, but the early signs suggest Eddie Howe is too expansive. His adventurous playing style is already causing problems, with Leicester City easily tearing through them on Sunday due to a stretched formation and a desire to play out from the back.

Youri Tielemans' penalty was won by pinching the ball deep in the Newcastle half as Howe's defenders, presumably under instruction, tried to pass the ball out when under pressure; the second and third goals were scored in the transition; and the fourth was another Newcastle player conceding possession in their own half.

Howe needs to find a happy medium, because at this rate Newcastle will continue to ship goals and lose games. Judging by his poor defensive record as Bournemouth manager, he is not the right man for the job.