Thomas Tuchel's experimenting blew up in his face, Ralf Rangnick's Manchester United proved themselves the dullest in the Prem and an Antonio Conte rocket inspired Spurs. Here's five lessons learned from the Premier League weekend:

There was nothing in the first 45 minutes at the Tottenham Hotspur Stadium to indicate the hosts were going to win the match, let alone score five goals. It was a performance to encapsulate so much of the issues with the first phase of Antonio Conte's revolution: too few attacking players on the pitch to cause Newcastle United any problems, with diagonal passes out to the wing-backs the only threat as Harry Kane repeatedly found nobody ahead of him when in possession.

The difference between that and the second half suggests Conte made his feelings clear at half-time – and reminded the Spurs players what is required of them to make his system work. It was notable in the second half how much faster the team were playing, but also how the forwards around Kane, as well as the wing-backs, began making frequent and early runs off the back of Newcastle's high line.

Those runs allowed the deeper Spurs players to deploy a more direct system, hitting the runners early and therefore bursting vertically through the lines. Eddie Howe's team simply could not cope. Conte will be hoping the penny finally dropped in this game; Spurs use a lower block than most top clubs and it simply will not yield positive results unless they work hard to play as directly as possible. 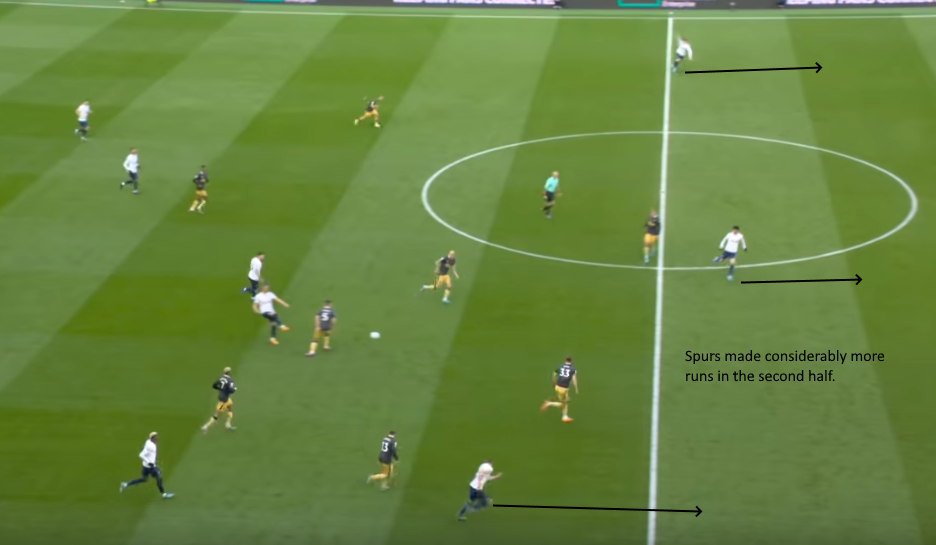 2) Rangnick project has achieved nothing at all

Manchester United are the most dull team to watch in the Premier League. Ever since Ralf Rangnick's appointment they have shuffled awkwardly around the pitch, failing to do anything with consistency or as a collective – and wandering about with even less clarity or vision than we saw under Ole Gunnar Solskjaer. In a dreadful 1-1 draw with Leicester City, Rangnick's United were worse than ever.

The players appear to be struggling for motivation in the knowledge Rangnick won't be around for much longer, and indeed those early leaked reports of the manager's tactical ideas being out-dated now look to hold some weight. There is no team in the division coached as badly as Man Utd right now.

Clearly the experiment has failed, and attention has now turned to who will be appointed in the summer. Erik ten Hag seems to be the favourite now and is set for more talks with the hierarchy this week, but after Rangnick's failure this doesn't look the most sensible choice. Like Rangnick, Ten Hag has not managed in a top division before and has certainly never been tasked with managing a club of this stature, with all the pressures and egos that come with it.

A lot has been made of Chelsea's off-field issues this week, but that is not the reason Brentford won 4-1 at Stamford Bridge. And even though another brilliant performance from Christian Eriksen and Ivan Toney was the defining characteristic of the visitors' success, that was not the reason either. What changed, compared to Chelsea's recent good results, was Thomas Tuchel's strange decision to switch to a 4-3-3 formation.

His meticulously-detailed tactical coaching means his players know exactly where to move and when to pass, hence the rigidity of the structure and their solid defensive foundation. But all of that went out the window when Tuchel abandoned his usual formation for a new one, which invariably caused more hesitancy and mistakes as players tried to adapt. Some teams find it easy to be flexible with formation changes, but not those who receive quite so much detail as Chelsea in one set way of playing.

And this was the worst possible moment to change system, because Brentford's 3-5-2 is particularly effective against 4-3-3s. On a basic level of overlaying the two formations, the clash of styles at Stamford Bridge meant Brentford could match Chelsea three versus three in the middle; easily mark Timo Werner with a three-on-one at the back; and pull Tuchel's defence out of position with a two-on-two up front. 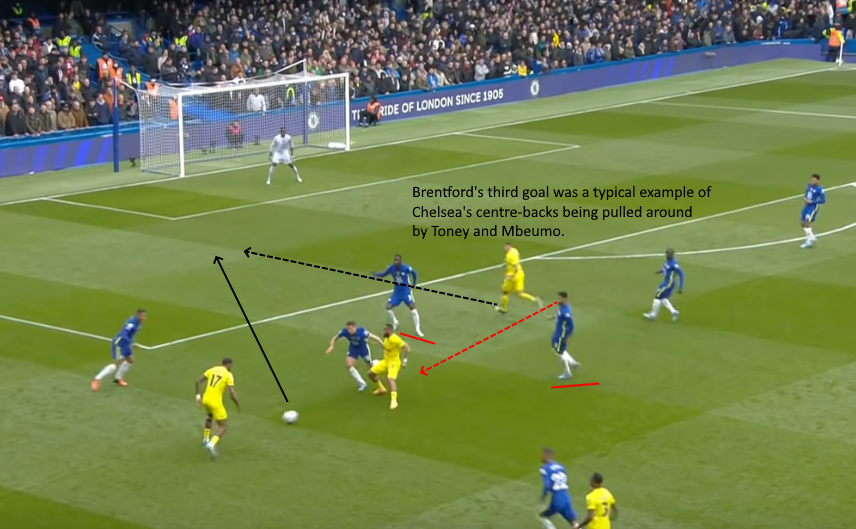 Patrick Vieira is doing an incredible job at Crystal Palace and Monday night's 3-0 win was the crowning achievement of his debut campaign as a Premier League manager. What is particularly impressive is the tactical variety he is able to draw on, and following a more defensive setup in the 0-0 draw with Manchester City he returned to a bolder and more confrontational approach to ruffle Arsenal's feathers.

Led by Conor Gallagher, Palace drove through the centre of the visitors and put them under pressure throughout, pressing high up the pitch to force Arsenal into the sort of hesitancy that has defined them at their worst under Mikel Arteta. Clearly Vieira sensed that their psychological frailty was just beneath the surface and decided not to let Arsenal play their way into the game.

Now on a six-game unbeaten run, and with four consecutive clean sheets, Palace are ready to attack Chelsea at Wembley and defy the odds to reach the FA Cup final.

5) Klopp gets away with too many personnel changes

Although Liverpool were comfortable winners in the end, Juraj Kucka should have scored his one-on-one with Alisson Becker that came just 34 seconds before Diogo Jota's opener. The season might just hinge on that moment, and had it swung the other way Jurgen Klopp would have had to take the blame for making too many changes.

The balance was not right and Liverpool's performance one of their most disjointed of the season. On the right flank, pairing Joe Gomez with Curtis Jones meant Liverpool's quality on the ball was dramatically reduced, slowing things down until Mohamed Salah was not receiving possession in dangerous areas. Meanwhile the left flank was practically vacated altogether as Jota drifted into similar spaces as Roberto Firmino.

Firmino and Jota are not very good together, and despite the latter's goal that was reaffirmed on Saturday. Klopp got away with one here.