West Brom's hard pressing had already badly disrupted Chelsea's rhythm prior to Thiago Silva's red card, which is why –despite being 1-0 up – Thomas Tuchel should not have made such a cautious substitution following that game-changing moment on the half hour mark. He brought Andreas Christensen on for Hakim Ziyech, keeping the back three and removing one of his forwards.

The resulting 3-4-2 formation was predictably too light in numbers up front. Chelsea essentially had eight defenders and two attackers, isolating Timo Werner and Christian Pulisic from a two-man midfield that was already being closed down and ruffled by the Baggies. Unsurprisingly, Chelsea's midfielders continued to make sloppy passes, only now their forward-pass options were severely limited.

West Brom were able to increasingly exert pressure, forcing the dramatic collapse. It was the first example of Tuchel's conservatism causing an issue at Stamford Bridge; the new Chelsea manager needs to loosen the reins somewhat. In this instance, he should have brought Mason Mount on to help control an overwhelmed midfield, moving to a more balanced 4-3-2 formation. 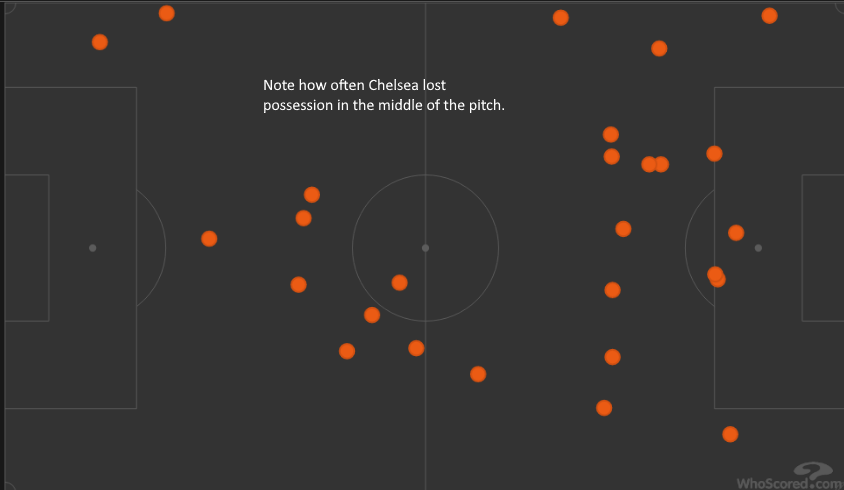 But the 5-2 score line was by no means all about Chelsea's tactical errors. Sam Allardyce deserves credit for doing the exact opposite of Tuchel, noticing how competitive his side were performing in central midfield and pouncing on Chelsea's vulnerability. When Silva was sent off, Allardyce quickly moved from a defensive 5-3-2 to a bold, confrontational 4-4-2 with two direct and attacking wingers in Callum Robinson and Matt Phillips.

Robinson and Phillips ran the game, bursting past the Chelsea wing-backs at will as the Baggies repeatedly hit Chelsea on the counter. What makes Allardyce's tactical master-class all the more impressive is that he wasn't reacting to the Silva red card, but rather to Tuchel's nervy decision to keep the back three. It was three minutes after Christensen came on for Ziyech that Allardyce – sensing Tuchel's fear and sniffing blood – made his attacking switch.

Chelsea's back three couldn't cope with the interplay between Matheus Pereira and Mbaye Diagne, while West Brom's central midfield continued to win their individual battles against an out-of-form Matteo Kovacic and Jorginho.

Jurgen Klopp's biggest regret this season won't be failing to sign a centre-back last summer, but rather responding to the injury crisis in defence by moving Fabinho into a deeper position. Losing the Brazilian from central midfield is what derailed their season. His imperious display against Arsenal surely puts an end to Fabinho's time as a centre-back.

What makes him so special isn't just the excellent destroying from the base of midfield, the sweeping up of loose balls and hard tackling. It's how he combines these attributes with an unusual ability to feed the ball back forward, rather than play a simple backwards pass. This allows Liverpool to sustain pressure on the opposition goal, killing counter-attacks dead and keeping Klopp's side camped in the other half.

Arsenal couldn't breathe, couldn't move, as Liverpool relentlessly pushed them back. Tellingly, Fabinho completed five tackles and 13 ball recoveries – 10 of which were in the Arsenal half, as the graphic below illustrates: 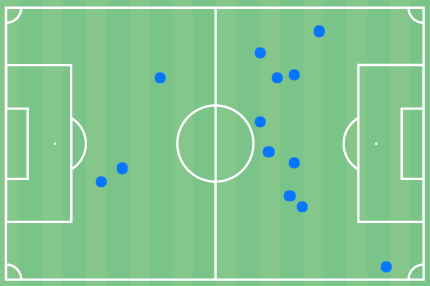 Aston Villa looked to be heading for defeat against Fulham on Sunday before three substitutions in the space of 12 minutes turned the game on its head. All three changes re-energised a team that have consistently looked flat without Jack Grealish driving them forward: Trezeguet ran far more directly, and pressed much harder than Anwar El Ghazi; Jacob Ramsey played through the lines more consistently than Douglas Luiz; and Keinan Davis's introduction allowed Villa to move from 4-3-3 to a more aggressive 4-4-2.

All three goals involved the substitutes, with Davis causing all sorts of problems alongside Ollie Watkins and Trezeguet scoring the two goals that turned the game around. What is arguably even more important to Aston Villa than the three points is the very fact that Dean Smith made subs as early as the 65th minute – and witnessed the benefits.

Throughout his tenure at Villa Park, Smith has been reluctant to make substitutions, often acting far too late. This was a hugely significant learning curve for him.

"Same coach, different players." Of all the games to introduce such blatant self-preservation tactics, of all the games to throw his players under the bus, Jose Mourinho should not have chosen this one. The reasons for Tottenham's 2-2 draw with Newcastle United are purely tactical, are purely down to Mourinho's baffling team selection and formation.

Seemingly sending a message following the 2-0 victory over Villa, Mourinho stuck with a 4-4-2 and largely the same team for this game – which made no sense at all considering it left most of his best players on the bench and considering a two-week international break had already made the Villa result a distant memory.

A 4-4-2 left Spurs hopelessly light in midfield, allowing Newcastle to dominate in this zone and record their highest xG for seven years after taking 22 shots on goal. Worse still, Newcastle's 5-3-2 was able to move up the pitch because of Spurs' lifelessness, meaning the wing-backs could burst forward as Jacob Murphy overwhelmed on Lucas Moura's side in particular: 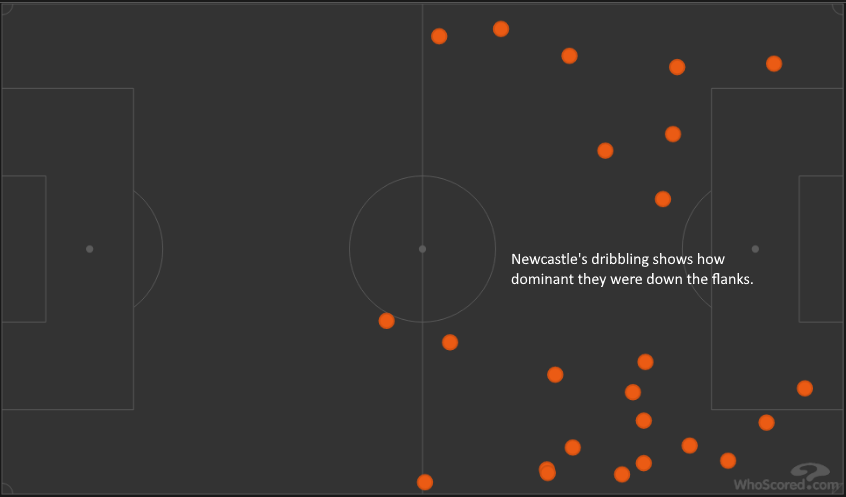