There is a tendency in football to choose the narrative we want to believe, working backwards from the scoreline to write the story. Many have looked at Sunday's game as a sign of Manchester United defending more resolutely and winning a gritty point – but that is not a fair reflection of what happened. Chelsea 'won' the xG battle 2.35-0.56, according to understat.com, showing United were very lucky to receive the first major defensive error of Chelsea's season.

The hosts were dominant and United, sitting very deep for long periods, got lucky that Timo Werner was once again so wasteful. Chelsea created lots of chances in this game through a menacing Hakim Ziyech, although there wasn't much coherence between the front three; Thomas Tuchel will be relieved to welcome Romelu Lukaku back into the starting line-up this week.

However, Michael Carrick deserves some credit for deploying a surprise diamond 4-4-2 formation that allowed Fred and Scott McTominay to pull into wide areas, shutting down the wing-backs. Certainly Reece James did not find room in the half-spaces by under-lapping, which had been Chelsea's secret weapon so far this season. 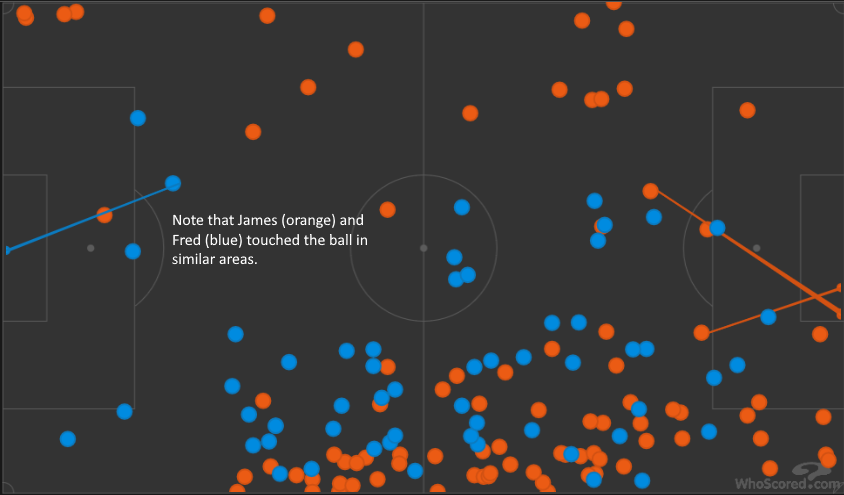 Everton are looking far too cautious under Rafael Benitez. His 4-1-4-1 formation is dull to watch and seemingly sending the players to sleep as Everton, slogging through matches, fail to create many chances. The system is very defensive and the manager too focused on a safey-first approach, as demonstrated by his failure to make any substitutions until the 70th minute.

The main issue developing as Everton slow down, aside from the loss of their two most influential players Dominic Calvert-Lewin and Richarlison, is the predictability of their attacking methods. Direct dribbling from the two wingers and long balls up to Salomon Rondon is a bit old-fashioned and certainly easy for a team like Brentford, stacked in the wide areas, to shut down.

It was also intelligent of Thomas Frank to sit his own team deeper, absorbing pressure and forcing Everton to break them down. Benitez teams don't like holding the ball because it prevents them from being able to counter-attack, and with 60% possession they quickly ran out of ideas. Now on a run of seven games without a win, Benitez is under serious pressure. 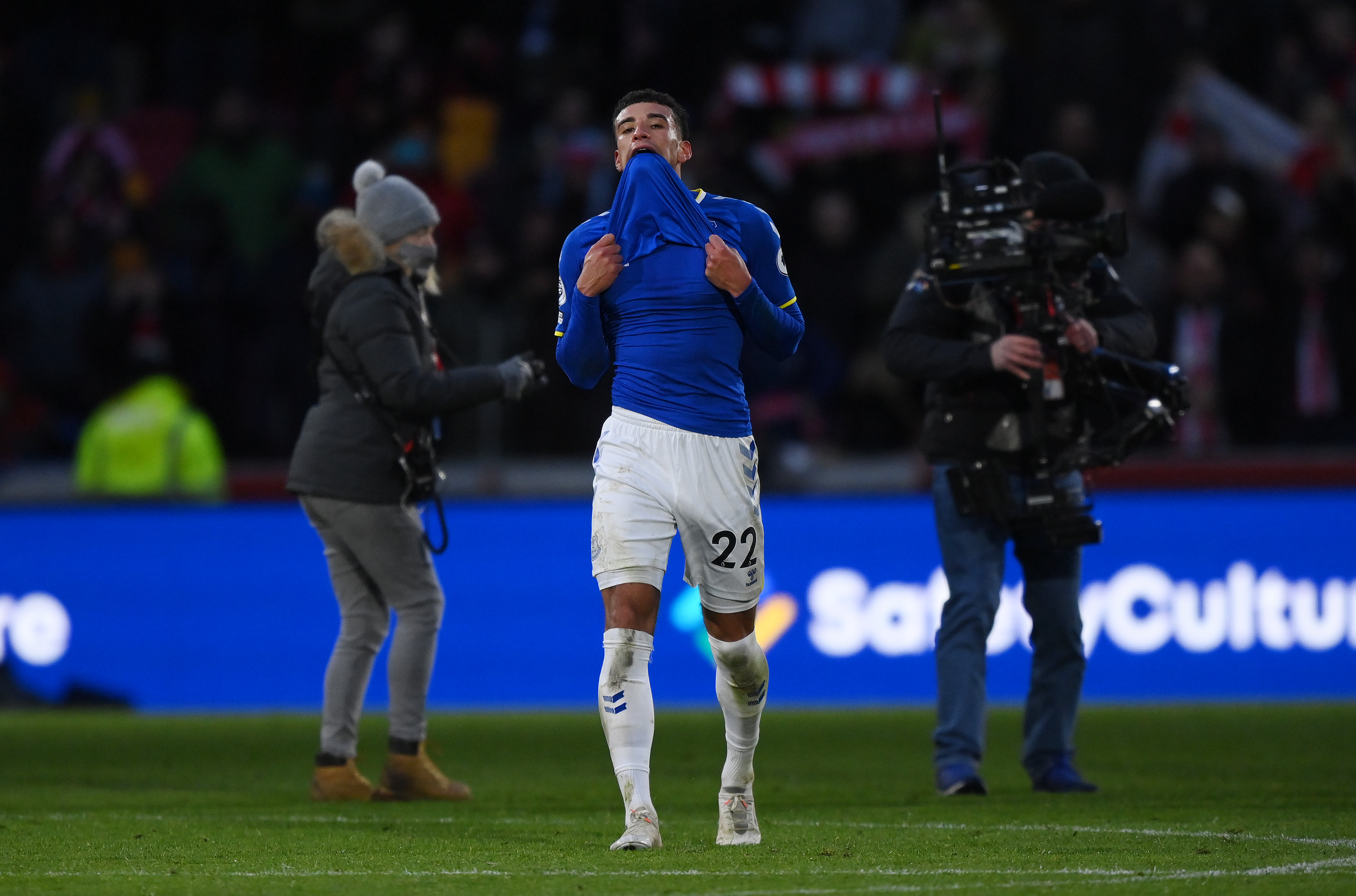 It has not taken long for Aston Villa to start looking like a Steven Gerrard team, a sign that the players are clearly listening closely to his tactical instructions. A deserved 2-1 win at Selhurst Park saw Villa play in the same 4-3-2-1 we saw at Rangers, with the two wingers coming infield to play almost as number tens and the full-backs flying forward.

Ashley Young took up interesting positions between the lines to feed Ollie Watkins and get Villa progressing the ball through the lines with greater purpose and verticality than they had been under Dean Smith. Villa played in neat triangles as a result of the narrow wingers and because John McGinn, unsurprisingly working well with Gerrard, is at his energetic and driving best. Matty Cash is also back in form and clearly enjoying his instructions to get forward often.

However, Leon Bailey struggled to make an impact and Emiliano Buendia was quiet off the bench, suggesting Gerrard will need to rely on older and more experienced heads for the time being. 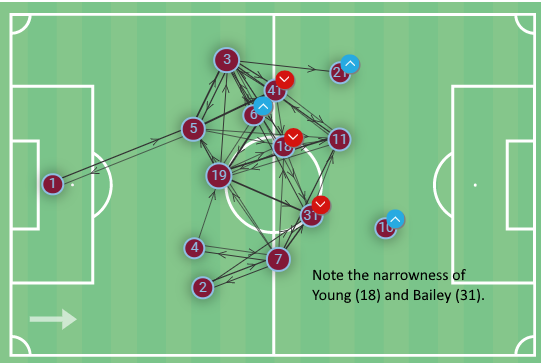 4) Leicester rediscover directness that could turn season around

Brendan Rodgers' team are going through a pretty rough time at the moment and it is hard to see them turning things around completely, especially with the manager constantly changing formation and line-up. He seems a bit confused, although at least for the 4-2 win over WatfordLeicester City rediscovered some of that explosiveness lacking through much of the 2021/22 campaign.

The first goal was a long ball over the top, the second a superb through ball over the top by James Maddison, and the fourth a quick break that saw Harvey Barnes released in behind. Leicester are at their best when always looking to split the lines and get runners beyond the last defender. Watford were accommodating, but nevertheless Rodgers will be happy to have witnessed something closer to the real Leicester City.

That Maddison and Jamie Vardy partnership is crucial. If they are back in sync then a European place is still up for grabs. 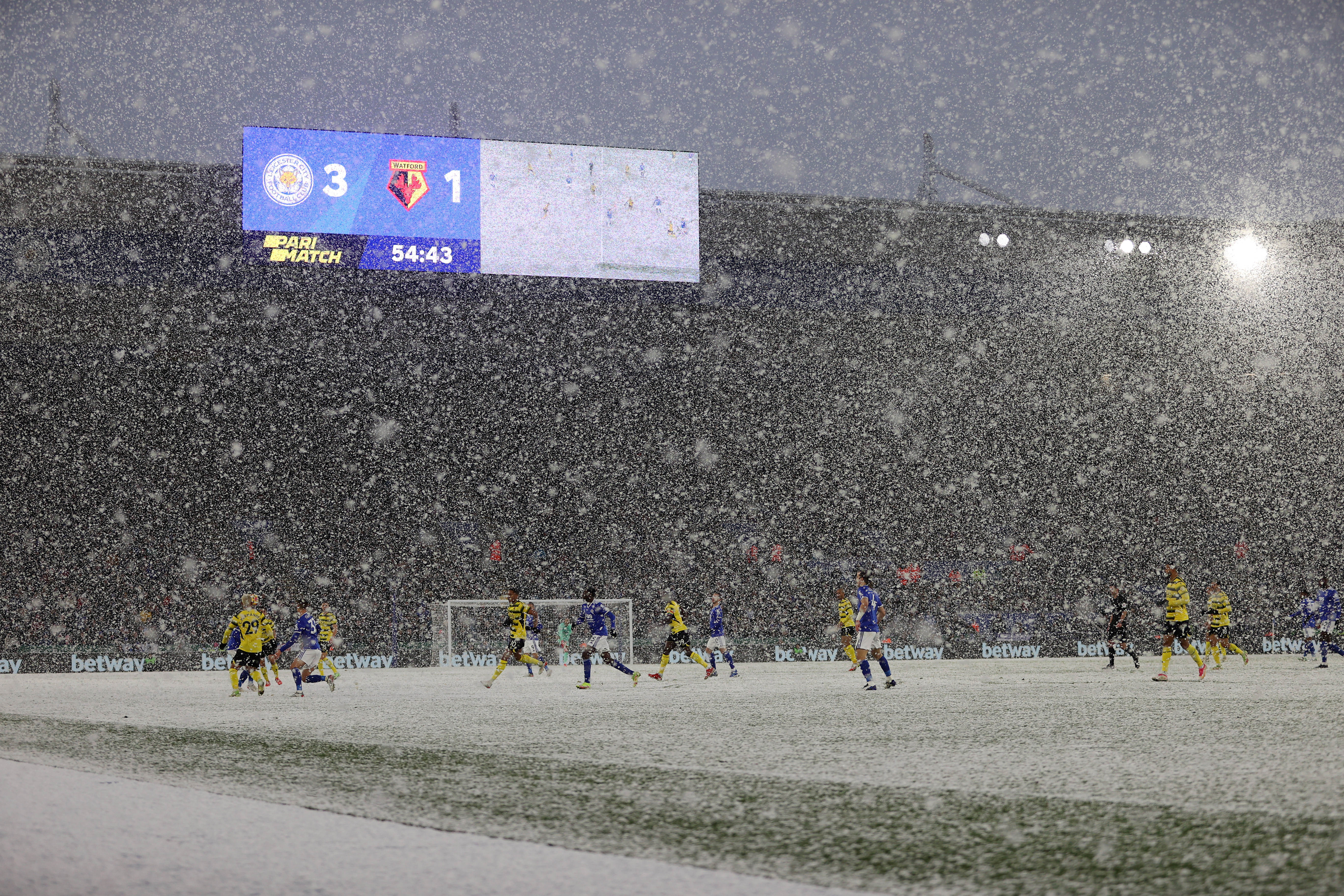 Injuries and Covid-19 have hit Leeds United badly this season, and yet this is beginning to look like a lame excuse as Marcelo Bielsa's side get sucked into a relegation battle. He has never been in charge of a single club for more than two years and so, in his fourth at Leeds, it is reasonable to ask the question if burnout is becoming a concern.

What should alarm supporters is that teams are starting to out-run them, and that is before a gruelling winter schedule makes Bielsa-ball even harder to implement. It feels as though some fresh ideas are needed, perhaps even a change in formation and shake-up of the starting 11.

Brighton, recording a 1.93, really should have won this game and now look exactly like the team they were last season; excellent in all departments except for finishing chances.