1) Thiago proves his importance once again

Jurgen Klopp made a lot of changes for this game and it almost cost him dearly. Liverpool's tactical model is so high-risk that it require perfection from each component to prevent becoming suddenly vulnerable to counter-attacks and falling apart, hence why just a few personnel changes gave Norwich City a much easier game.

But the lesson here is that Klopp can get away with rotating – as long as he doesn't leave both Thiago Alcantara and Fabinho out. These two maintain control in a way nobody else can, the former's elegance in possession keeping the ball in Liverpool hands and pinning the opponent, the latter screening against counters.

Thiago came on in the 62nd minute on Saturday and completely changed the game. His phenomenal passing in the middle of the park wrestled control of proceedings and, gradually, saw Norwich retreat into a nervous defensive blockade that couldn't hold out. Thiago, incredibly, completed 49 passes with a 95% accuracy, which, over a full 90, would be around 150 passes – a Premier League record and 50% more than any Liverpool player on Saturday. 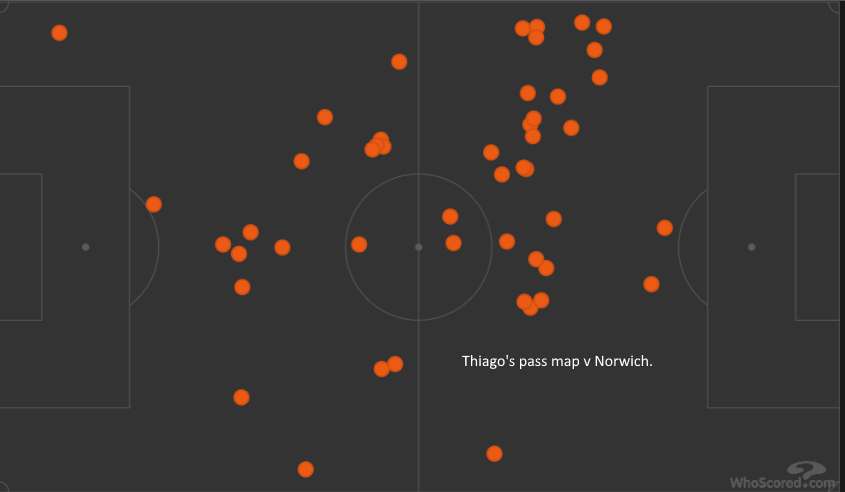 Tottenham Hotspur came to the Etihad with a simple tactical strategy that worked perfectly. The first part was to sit very deep and narrow in a 5-4-1 formation, blocking off or crowding the half-spaces (the area between full-back and centre-back) to force Manchester City into tame possession. The visitors held 29% possession and Kevin de Buyne played one key pass.

The second part was to counter-attack quickly behind Man City's high line, achieved by getting Harry Kane to drop and Dejan Kulusevski and Hueng-Min Son to make runs on the shoulder of the last defender – every single time Spurs regained the ball. The moves were so mechanical, and drilled so hard in the week, that the link was telepathic, as we saw for Kane's no-look pass through to Son in the fourth minute.

Antonio Conte realised that Rodri would be isolated at the base of midfield as Ilkay Gundogan and De Bruyne roamed forward, meaning Kane could gain a crucial advantage by dropping around the Spaniard. It was a smart approach that played to Man City's weaknesses expertly. 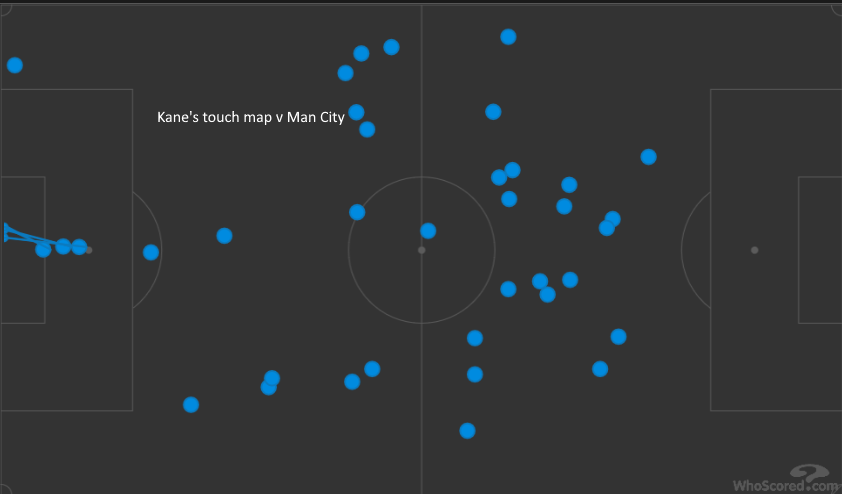 What is worrying about Everton's 2-0 defeat to Southampton was that Frank Lampard used the same 4-4-2 that beat Leeds United despite Saints presenting a completely different challenge – and this after he stuck with a 3-4-3 that beat Brentford in the FA Cup for the Newcastle game. It ought to have been obvious to Lampard that a two-man midfield would not be suitable to face Ralph Hasnhuttl's side, who press in a similar way to Eddie Howe's Newcastle.

The complexity of Southampton's midfield press necessitates a three-man midfield, and having seen his team out-battled by Newcastle pressure Lampard should have made the changes. Indeed, his own history at Chelsea suggests Lampard isn't the best at organising the midfield into a compressed shape; his team were repeatedly vulnerable to being caught on the ball and counter-attacked.

Even stranger than that, Andre Gomes – his least press-resistant midfielder and the man caught out multiple times against Newcastle – came on at half-time to form a two-man midfield with Donny van der Beek. Sure enough, it was Gomes who was dispossessed in the build-up to Southampton's opener. The faster Lampard learns to use a three in the middle, the better; he does not have the midfield coaching skills, and Everton don't have the midfield talent, fora 3-4-3 or 4-4-2. 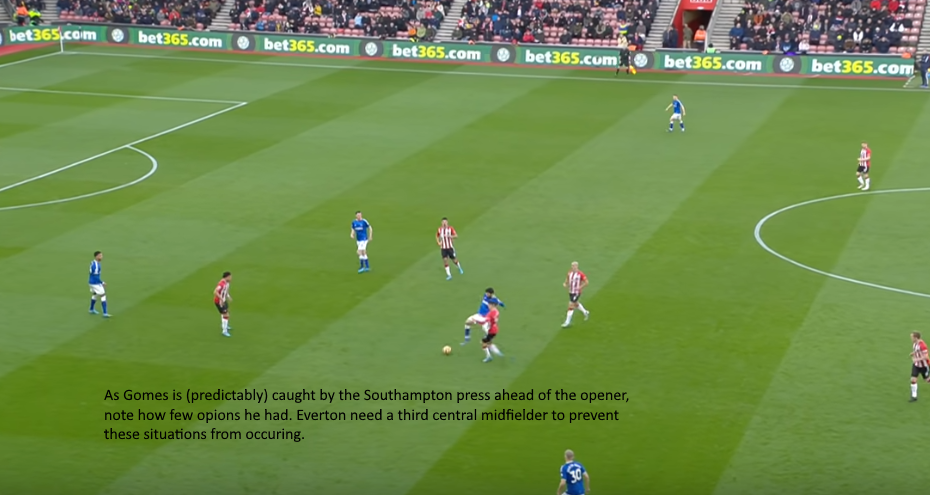 Arguably his best performance in a Manchester United shirt to date, Jadon Sancho bagged two assists in a 4-2 win over Leeds United and recorded the most dribbles (six), the most passes into the final third (20), and the most touches in the opposition box (seven). But the best thing about Sancho's performance was his composure, always waiting for the perfect moment to release a pass.

It was the clearest sign yet of the tactical direction United ought to take. They must build the team around Sancho, a player with an incredible skill set whose coaching at Borussia Dortmund makes him perfect for any modern tactician looking to play hard-pressing football and attack in sharp vertical lines.

With Marcus Rashford and Sancho making runs as Bruno Fernandes drops to link the play, it gives United a foundation and something to work towards.

Mikel Arteta's tactics differ from Pep Guardiola's in one crucial way: he is more interested in vertical passes and cutting directly through the lines, turning structured possession into something more lethal in the final third. He is getting better and better at Arsenal, primarily because in Bukayo Saka and Emile Smith Rowe he has two players perfect for the system.

These two drift infield from the two wings to give Arsenal a narrowness in possession, allowing the midfielders to find a playmaker in the half-spaces. Smith Rowe's directness was particularly impressive in the 2-1 win over Brentford, and he is clearly benefitting from the freedom he is afforded as Arsenal approach the penalty area.

None of this would be possible, however, without their linchpin Thomas Partey, whose defensive qualities and excellent progressive distribution through the midfield lines sets Smith Rowe and Saka away. Arsenal have won both of their league games since Partey's return from Afcon.